Somehow, when I prepared the post on Serenade I overlooked two roughs by W.A. Dwiggins for the jacket. Both are in the Boston Public Library, while the material I had been relying on came from the Harry Ransom Center at the University of Texas. Neither of the roughs resembles the final jacket design which leads me to believe that they were done before September 10, 1937. But exactly when is unclear.

Both roughs are more conservative—at least by Dwiggins’ standard—than the final jacket design. Which of them was done first is unknown, though I suspect they were done in the order in which they are shown here. The first is the most Dwigginsesque with its large abstract floral element which would surely have ben executed with stencils. The blue and green colors are too cool for the story and locale of Serenade.

The second rough is more dynamic. It too has proto-stencil abstract elements, but they are overshadowed by a more asymmetric layout with the book’s title in italic sans serif lettering. The green and magenta colors are more jarring—but they seem to point the way to the final design 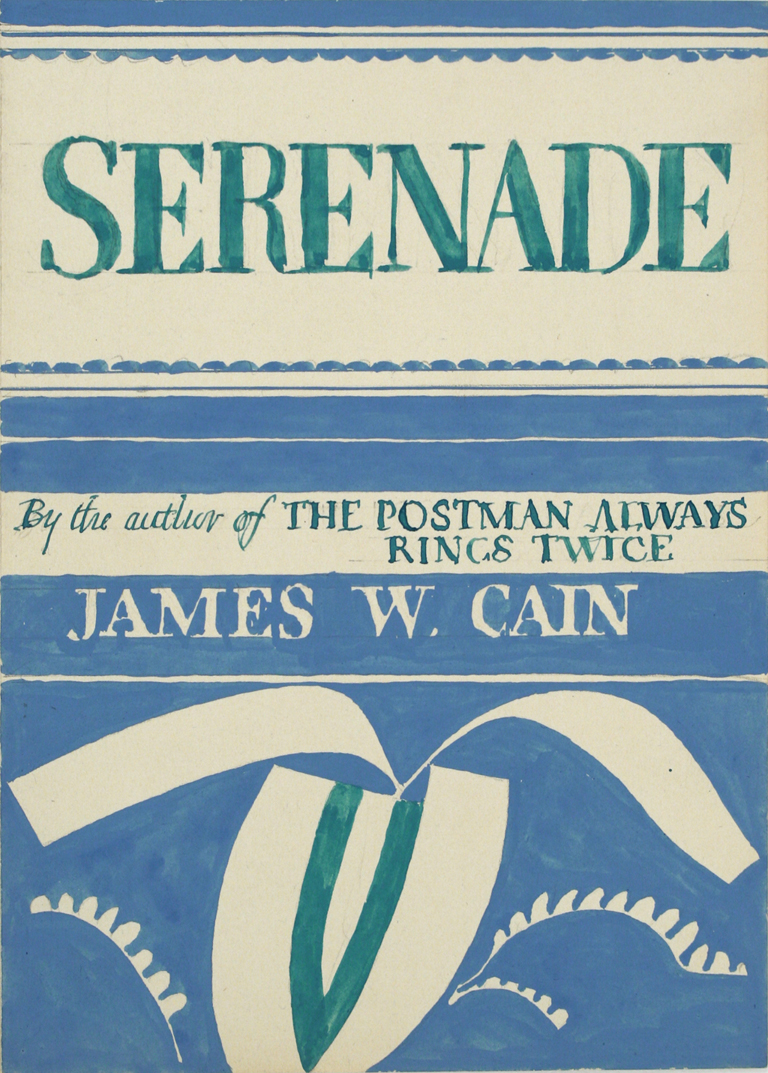 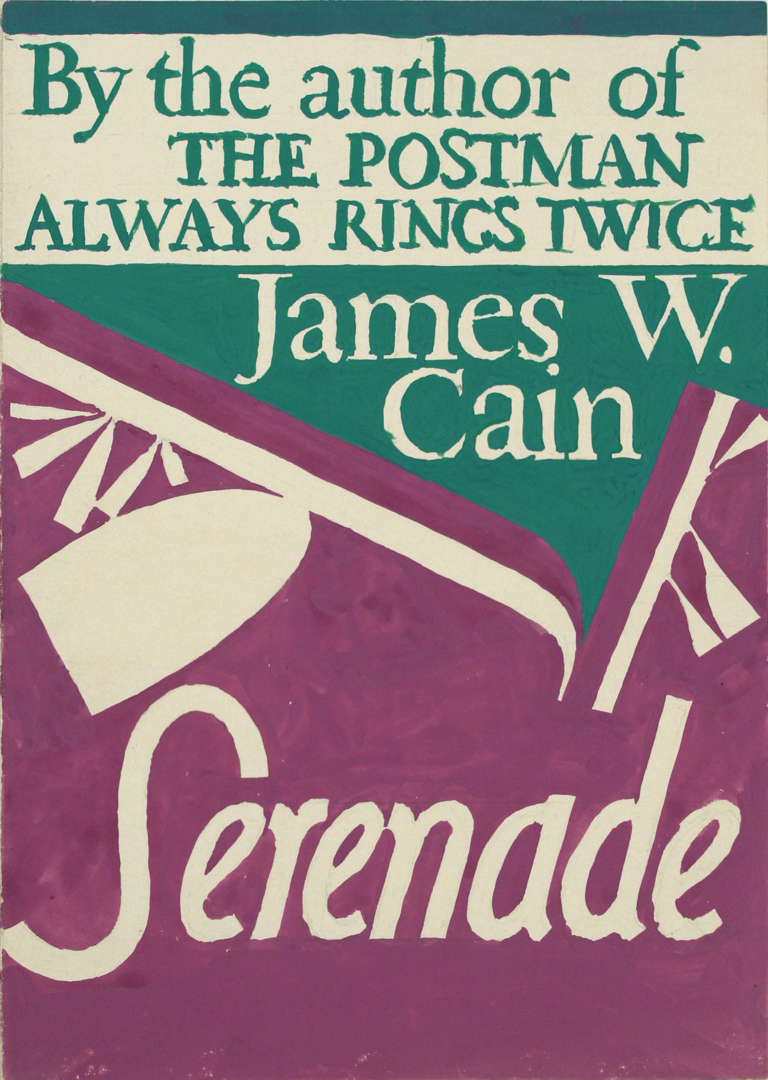 Notes
1. The two roughs are in Box 66, 1974 W.A. Dwiggins Collection, Boston Public Library. There is no explanatory matter accompanying them and neither bears any annotations.