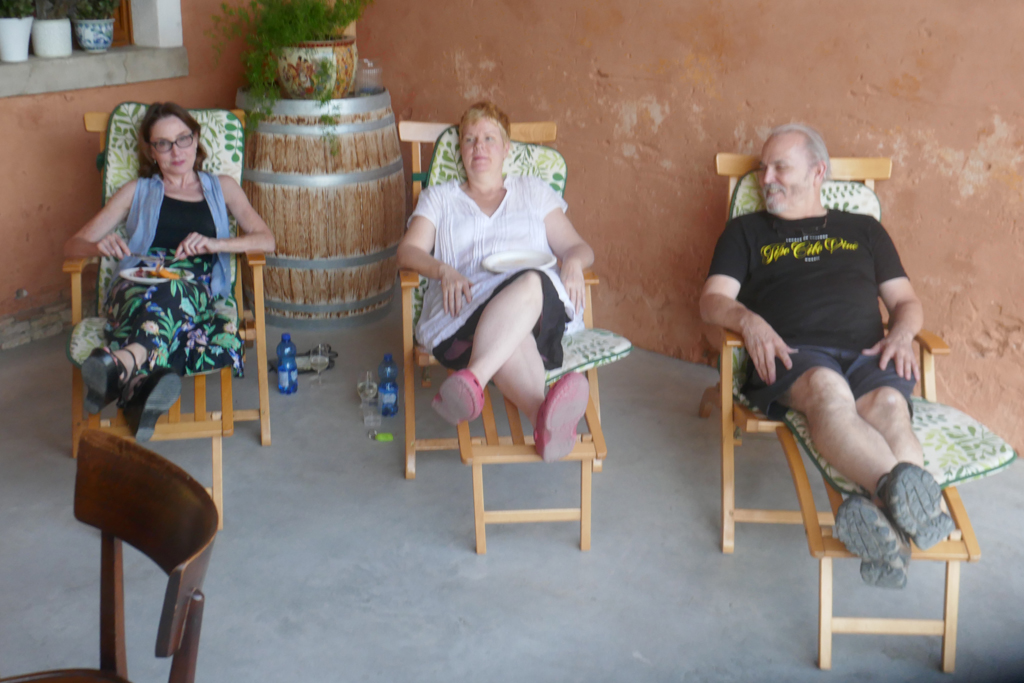 Patricia Childers, Anita Merk, and Peter Kruty chilling out on the porch at Villa Bolzonello after the activities of Cooking Day.

The day did not end after we left Le Corderie. There was still dinner and then after that a show-and-tell session, the last group activity for Legacy of Letters Tipo Cibo Vino 2022. 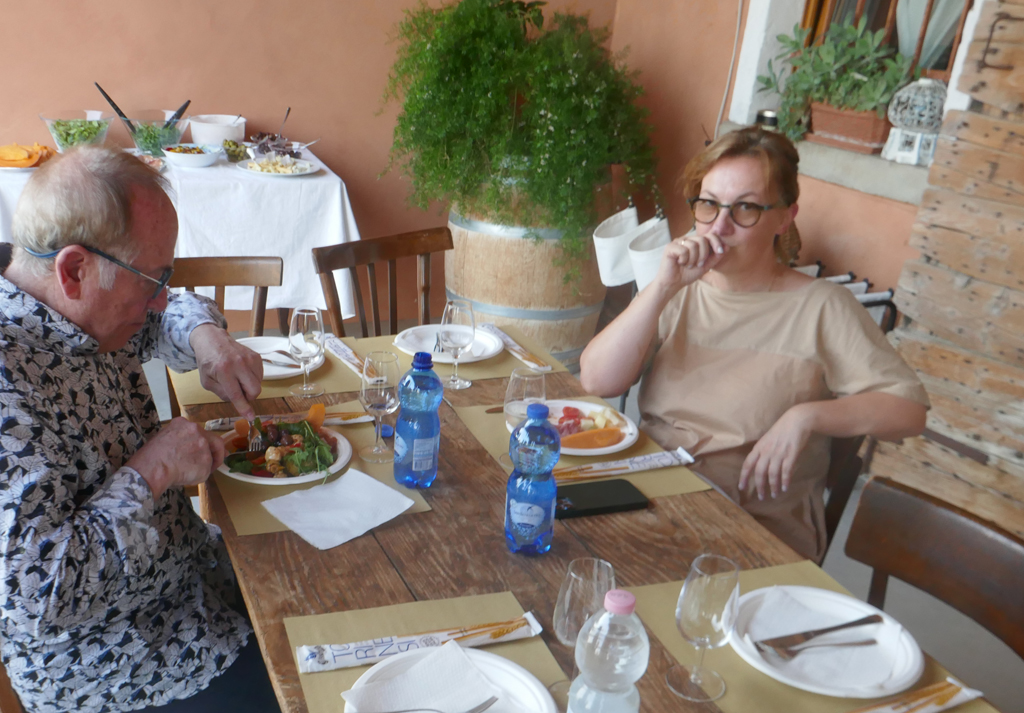 I walked back to the Villa Bolzonello with Khoa Nguyen who told me that it was Henri’s 80th birthday! I knew he was fairly old, but was surprised to hear he was 80 since he had been the most vigorous person throughout the tour and workshop. Khoa wanted to buy him a birthday cake. But at the bakery I chose strudel when I saw it was available, one with nuts and one without. (I am a sucker for strudel and several times I have eaten great strudel in Rome at a pizzeria run by a Sardinian couple!) Then we had to hunt in town for a place that sold birthday candles, eventually securing some at a stationery store. I made a calligraphic “card” and after dinner we surprised Henri with the birthday strudel. 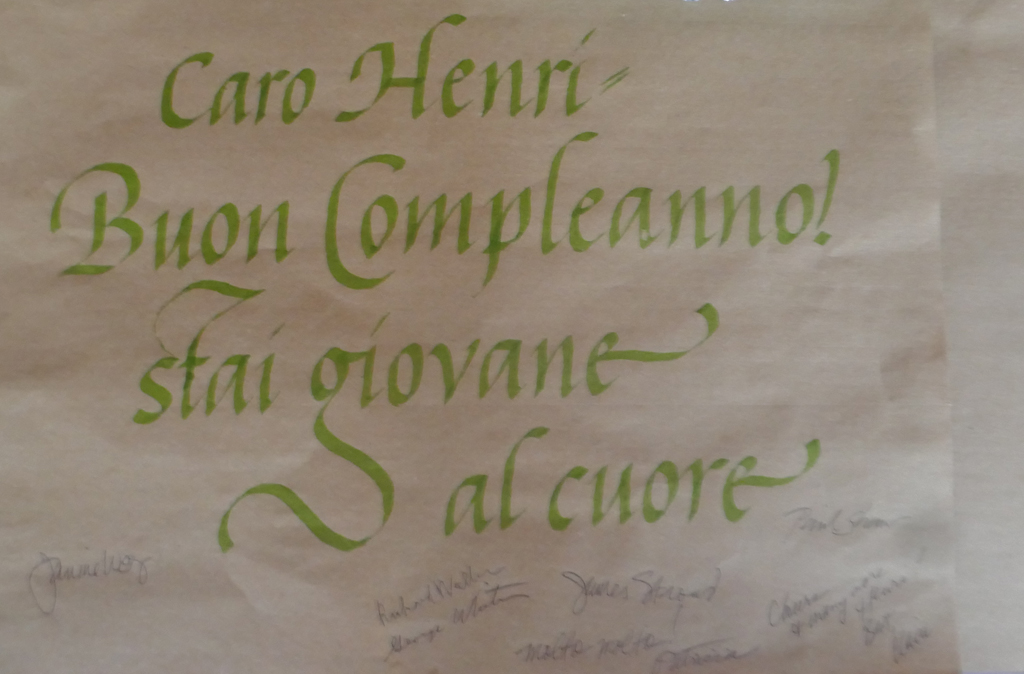 The birthday card for Henri (written with a Pilot Parallel Pen on the rough paper commonly used to wrap food in Italian markets). 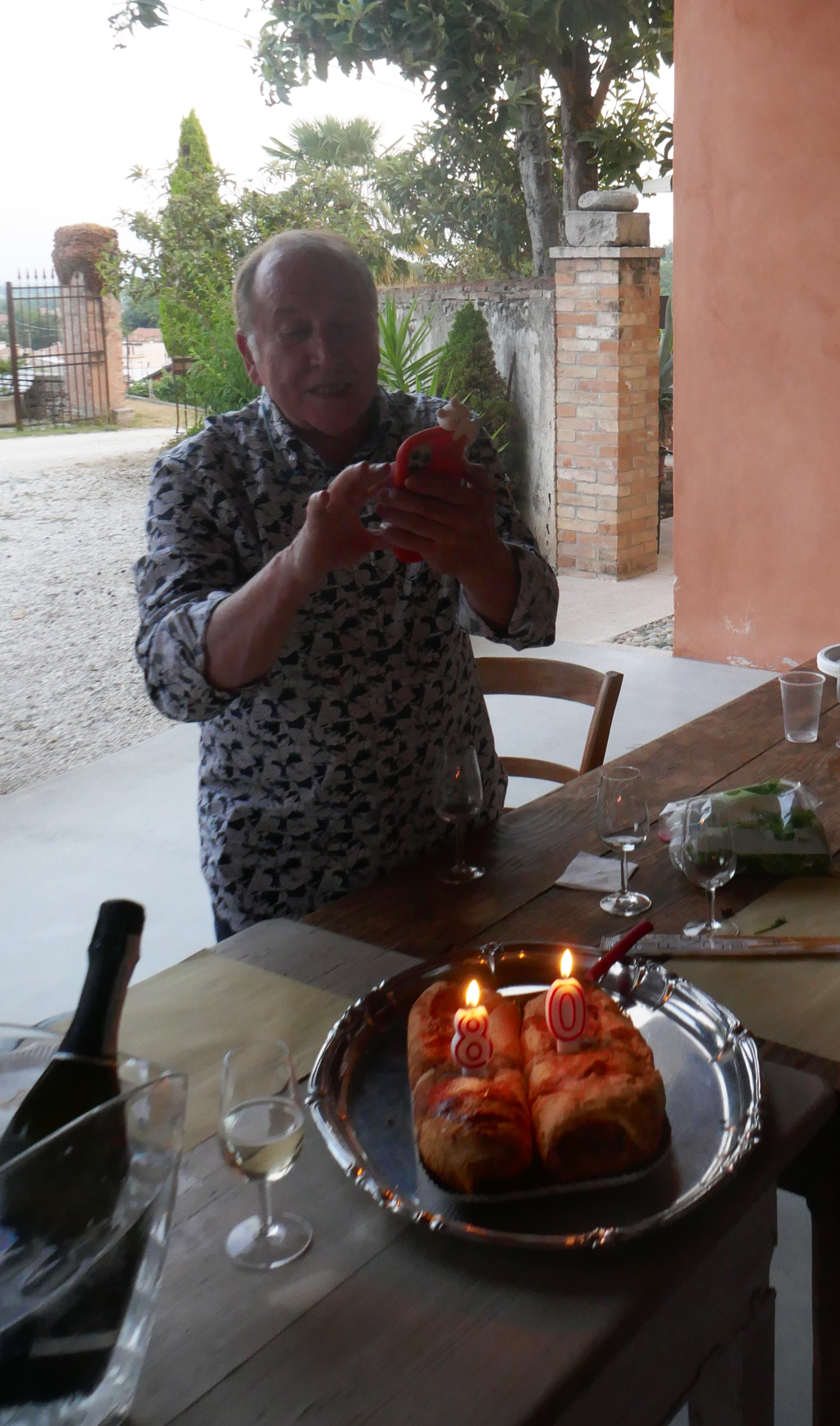 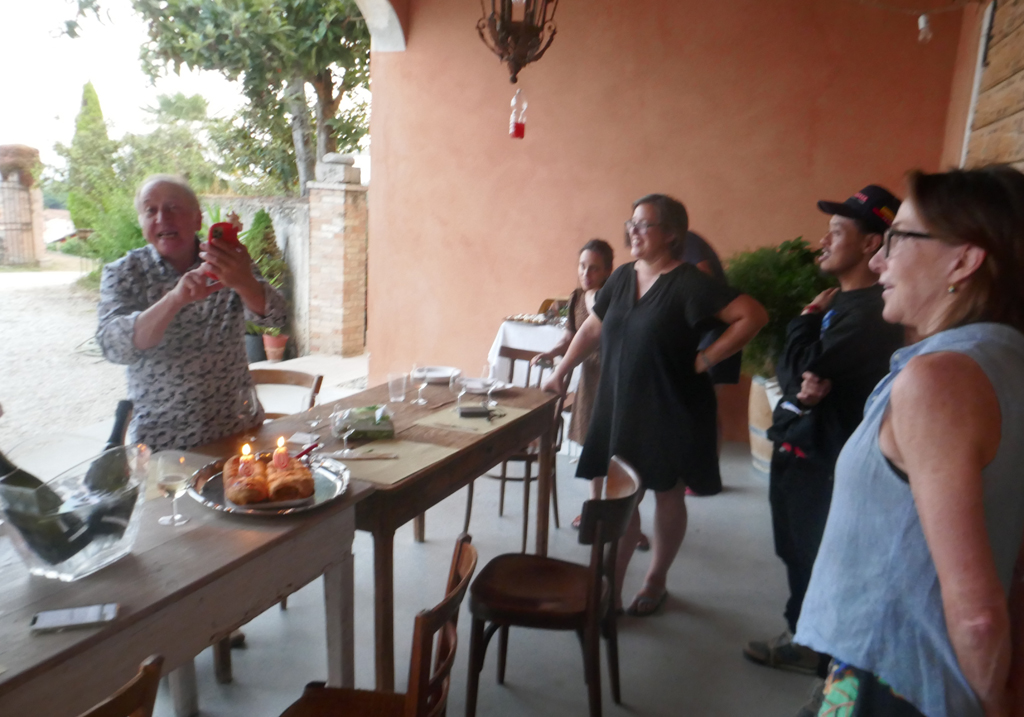 After dinner we repaired to the room behind the porch—which must have once been a restaurant dining room and bar—to have a show-and-tell of work by the participants. Erica Carras, Angelina Lippert, George Whitman, Henri-Paul Bronsard, and Khoa Nguyen participated. (Due to lack of time, James Stroud saved his work to show in the morning.) 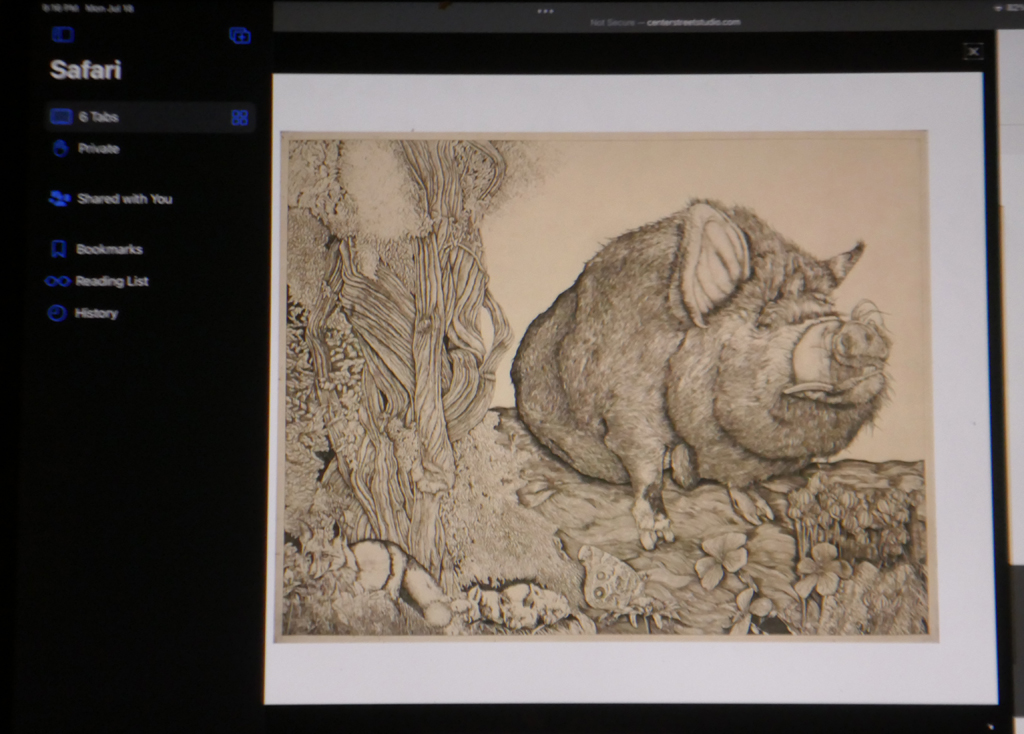 Screen shot of an etching of a pig drawn originally by George Whitman and then printed by James Stroud. 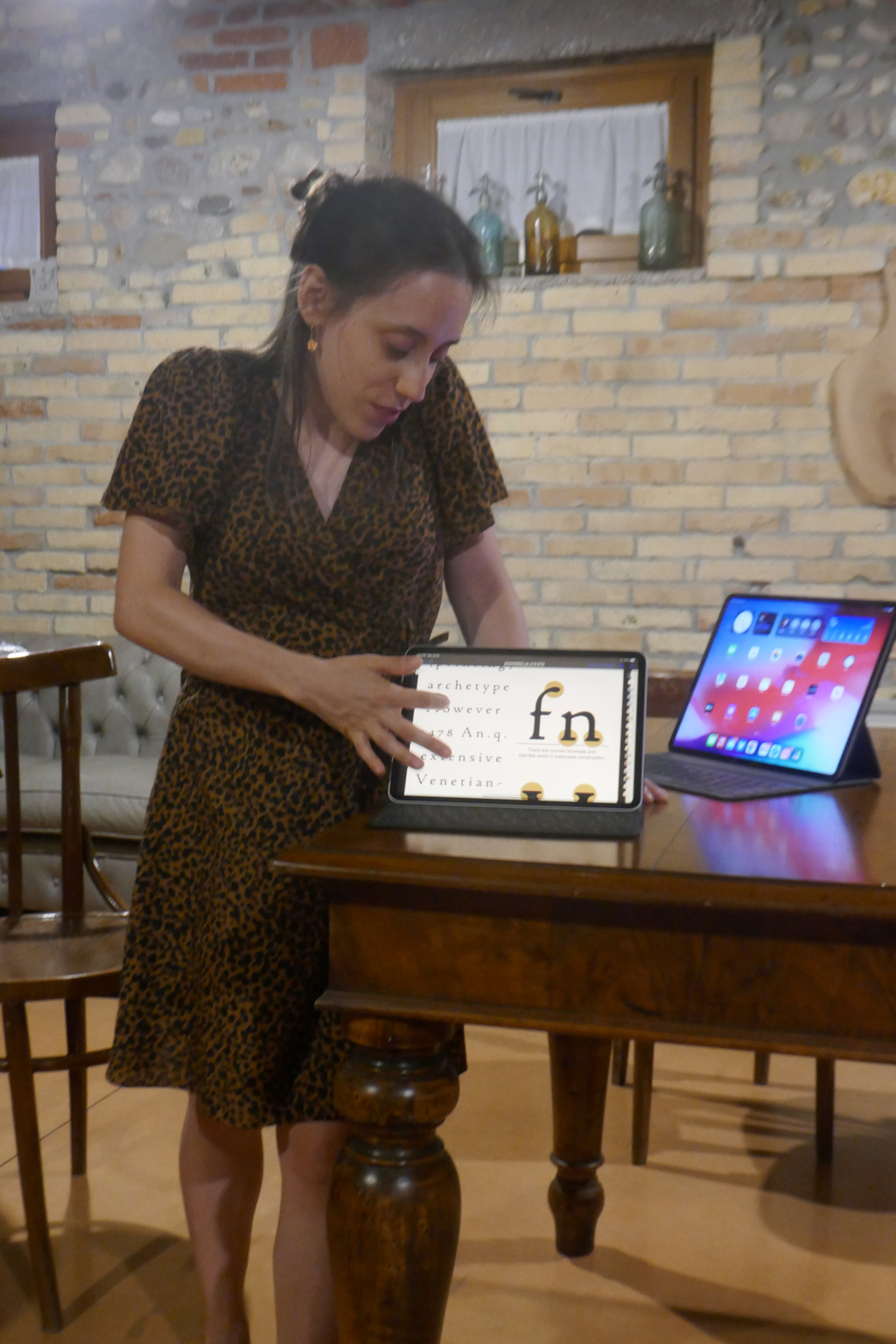 Erica Carras showing a typeface she had designed. 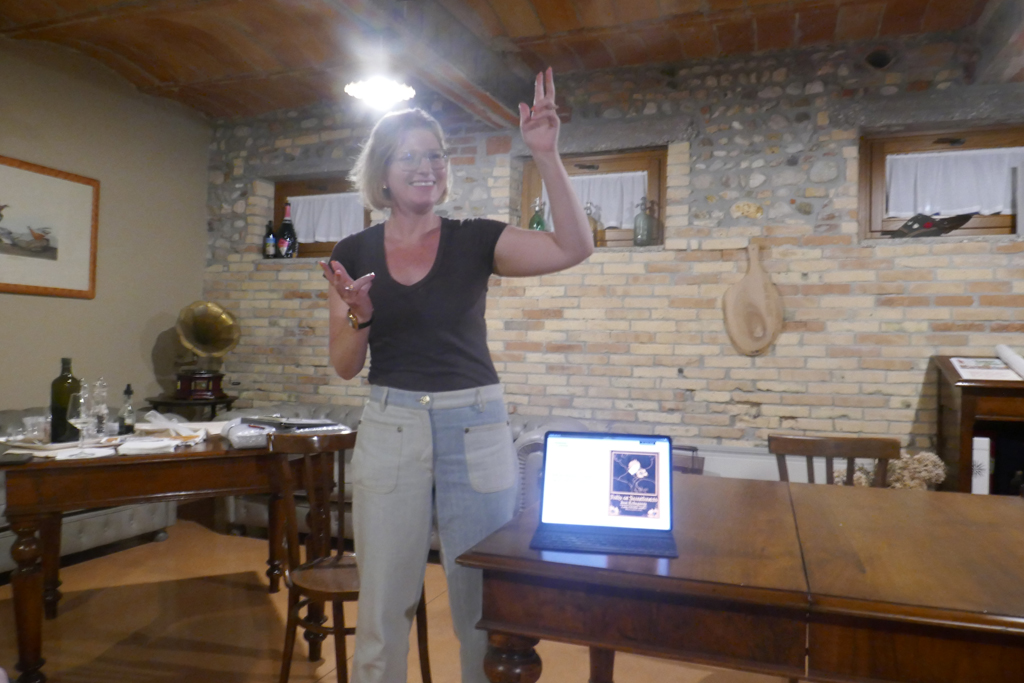 Angelina Lippert describing an exhibition at Poster House that she curated. 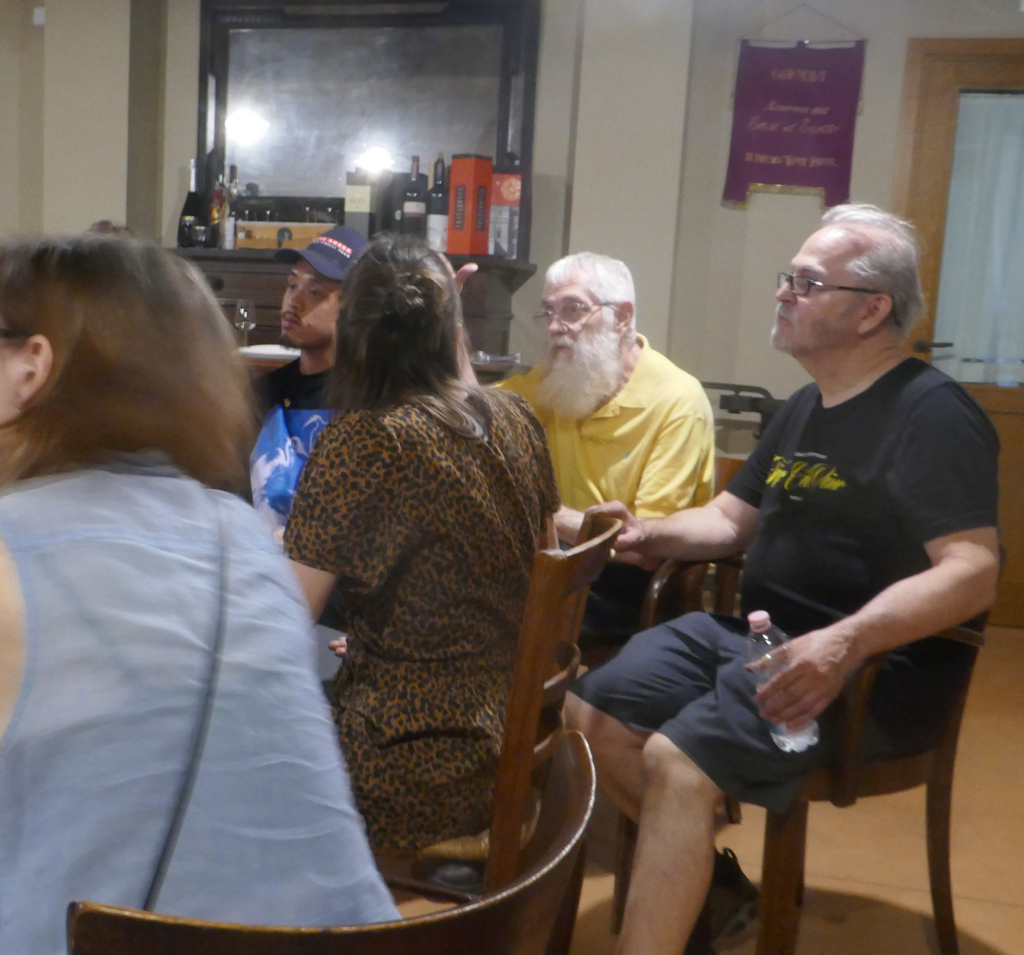 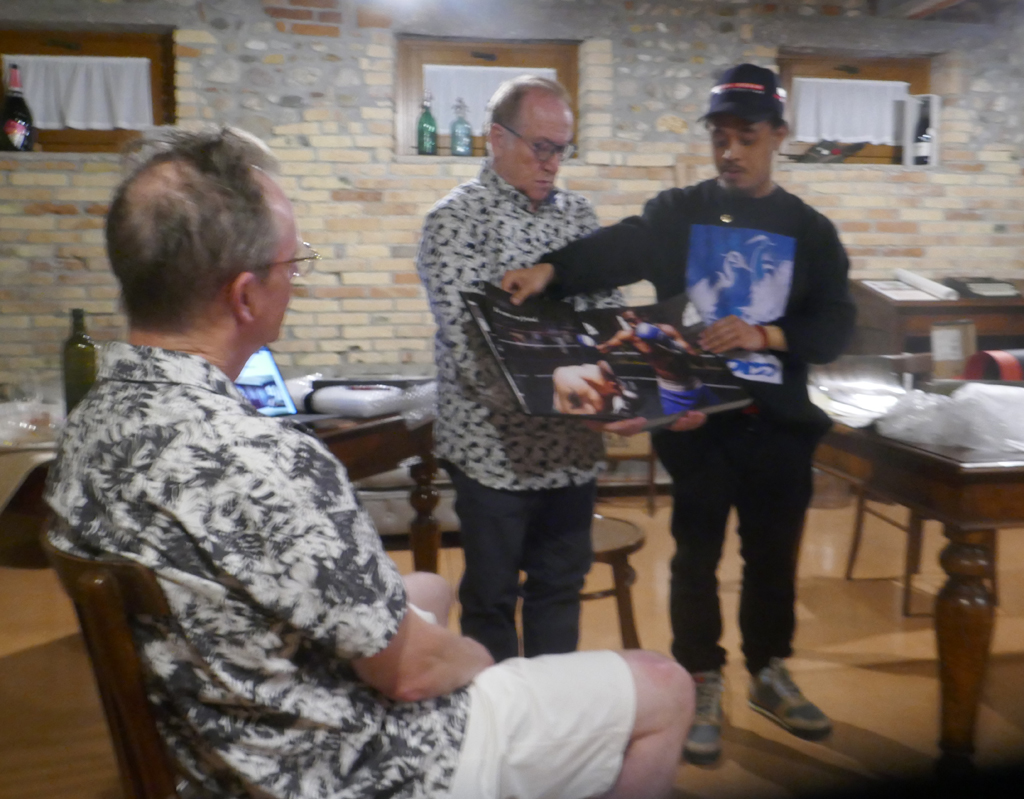 Khoa Nguyen (assisted by Henri-Paul Bronsard) showing a book on boxing that he had designed. 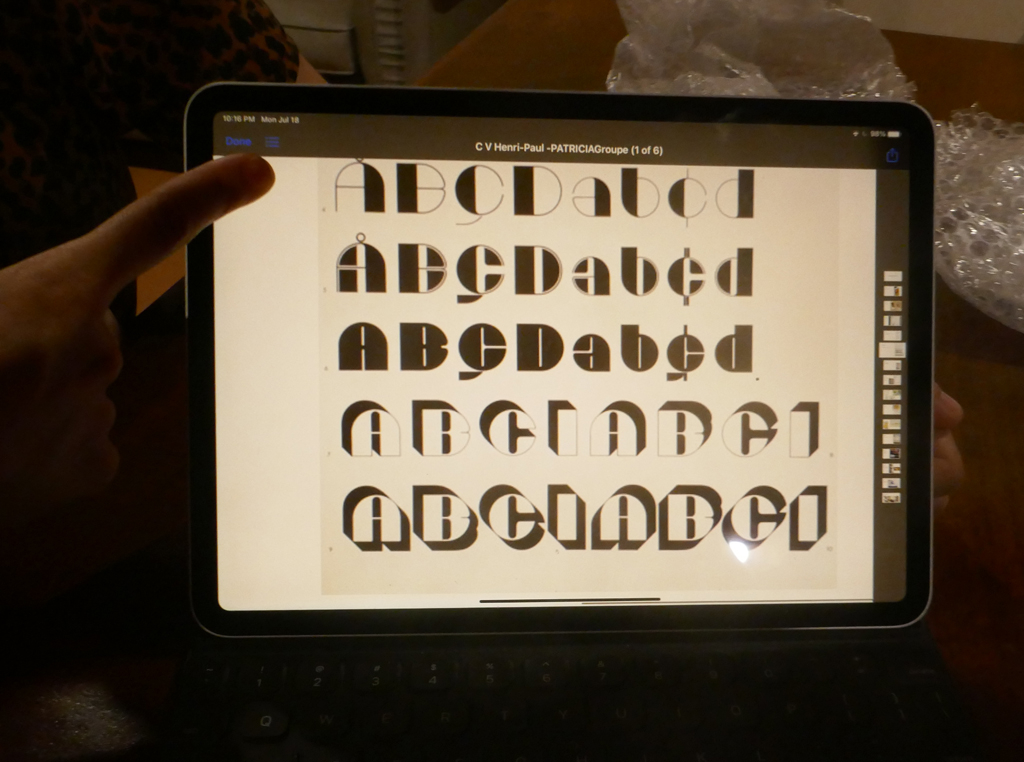