This is the second installment of a day-by-day visual account of Tipo Cibo Vino 2022. (All photographs, unless otherwise indicated, are by me and are copyright Legacy of Letters.)

This iteration of Legacy of Letters was unusual in that we scheduled the first day of the letterpress workshop at the Tipoteca in the middle of the touring section. We left the Centro Branca and Venice early in the morning, taking a train to Treviso and then a van to the Villa Bolzonello where we deposited our luggage before continuing on to the Tipoteca. There Sandro Berra led a tour of its exhibition space, explaining—among other things—how a Monotype keyboard and caster worked. After the tour was over Peter Kruty explained (and demonstrated) typesetting with a composing stick for the participants. We then returned to the Villa Bolzonello for a buffet lunch.

When lunch was over I outlined the project for the letterpress workshop, a book devoted to the names of nearly 180 different types of pasta. 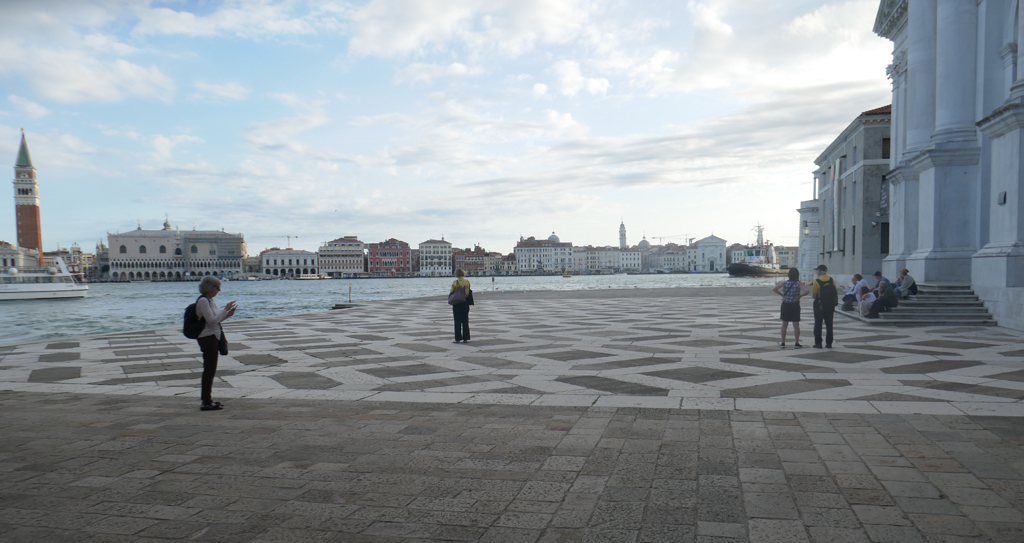 Members of Legacy of Letters waiting for the vaporetto outside of the Palladian church of San Giorgio Maggiore. 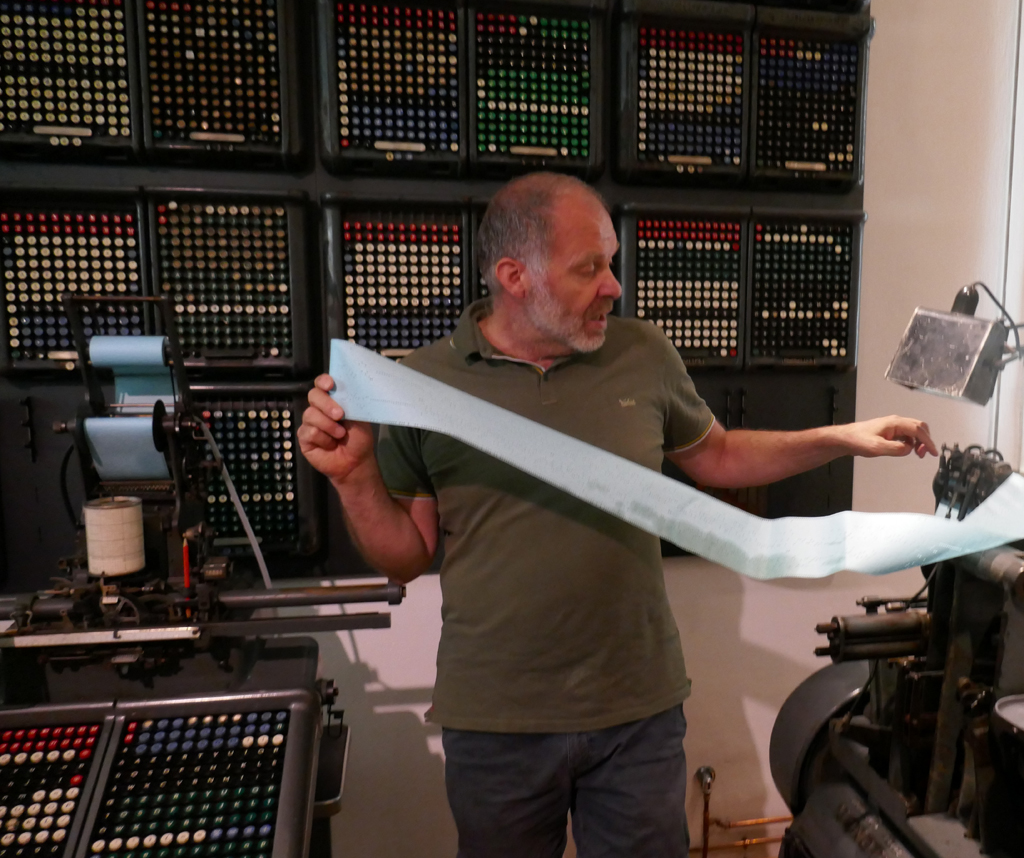 Sandro Berra of the Tipoteca explaining how a roll of punched tape operates the Monotype caster (at right). The Monotype keyboard is at the left and additional keyboards are displayed on the wall at the rear.. 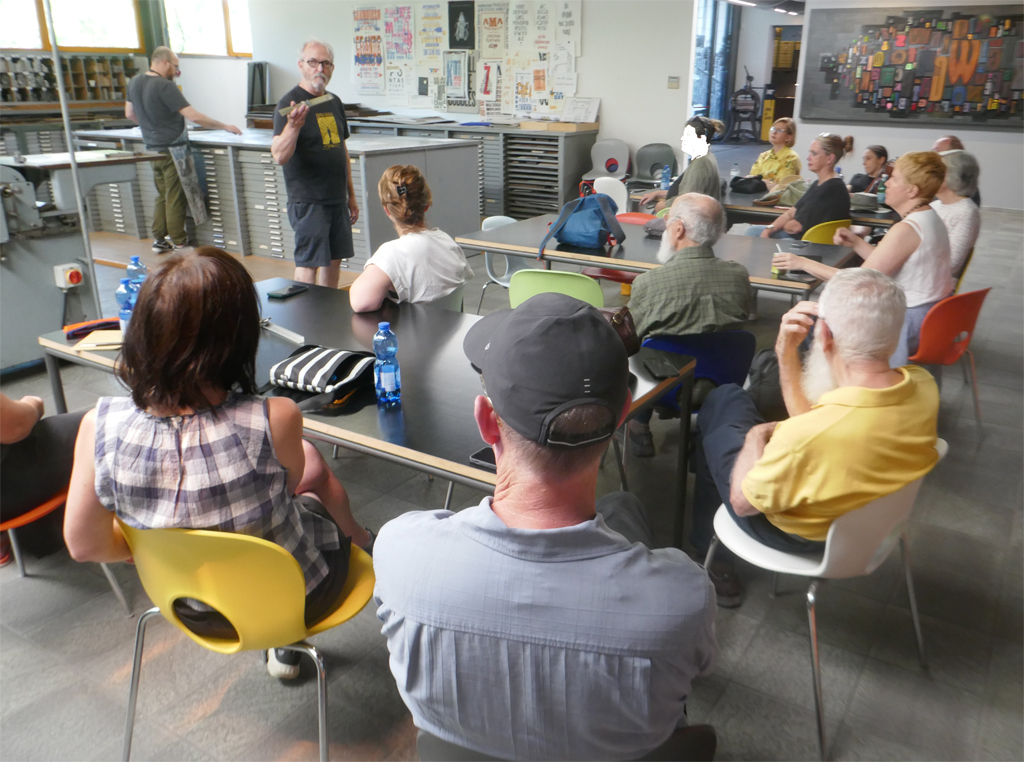 Peter Kruty explaining how to use a composing stick.

After the project briefing most of the group went on a short trip to Altivole to visit the Cimitero Brion designed by Carlo Scarpa. The cemetery is a modernist masterpiece that continues to be astounding visit after visit. There is always some new detail to be discovered.

On the way back to Cornuda we stopped briefly to view the Villa di Maser and Temple Barbaro, both designed by the renowned Renaissance architect Andrea Palladio. 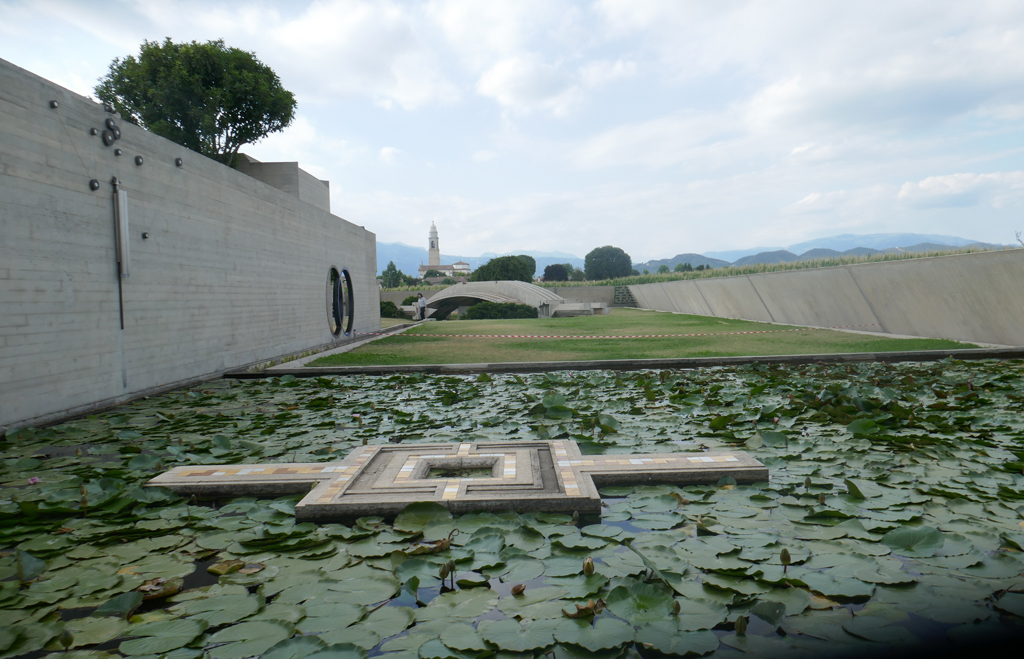 A view from the lily pond at Cimitero Brion. 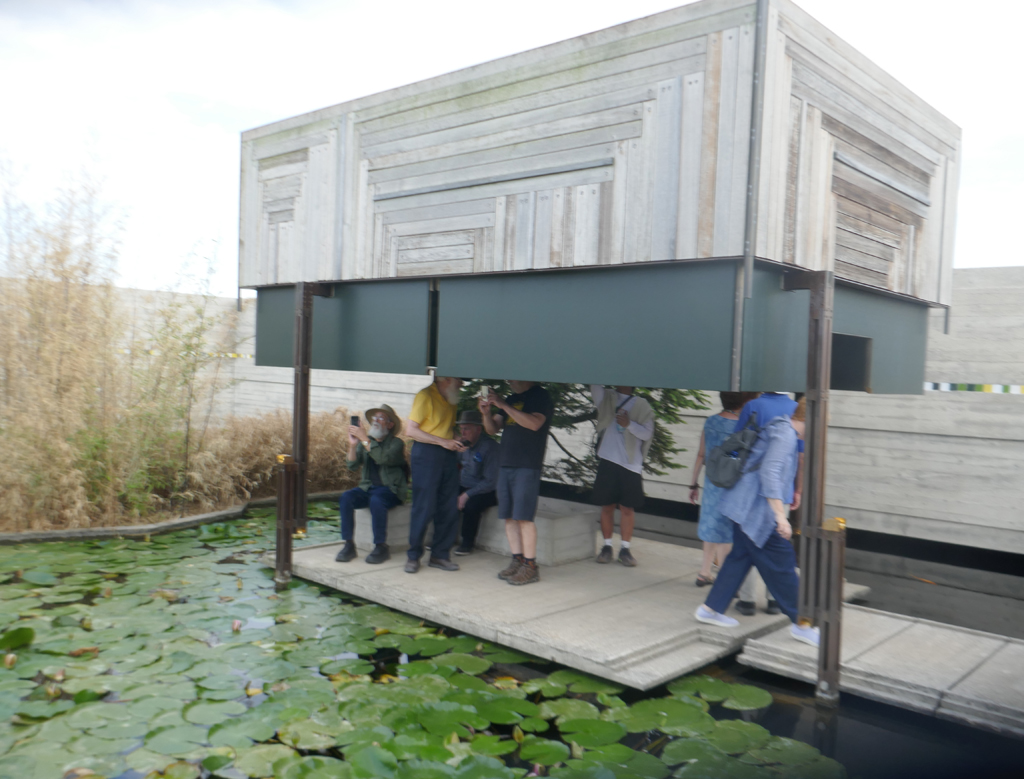 Legacy of Letters members in the pavilion at the Cimitero Brion. 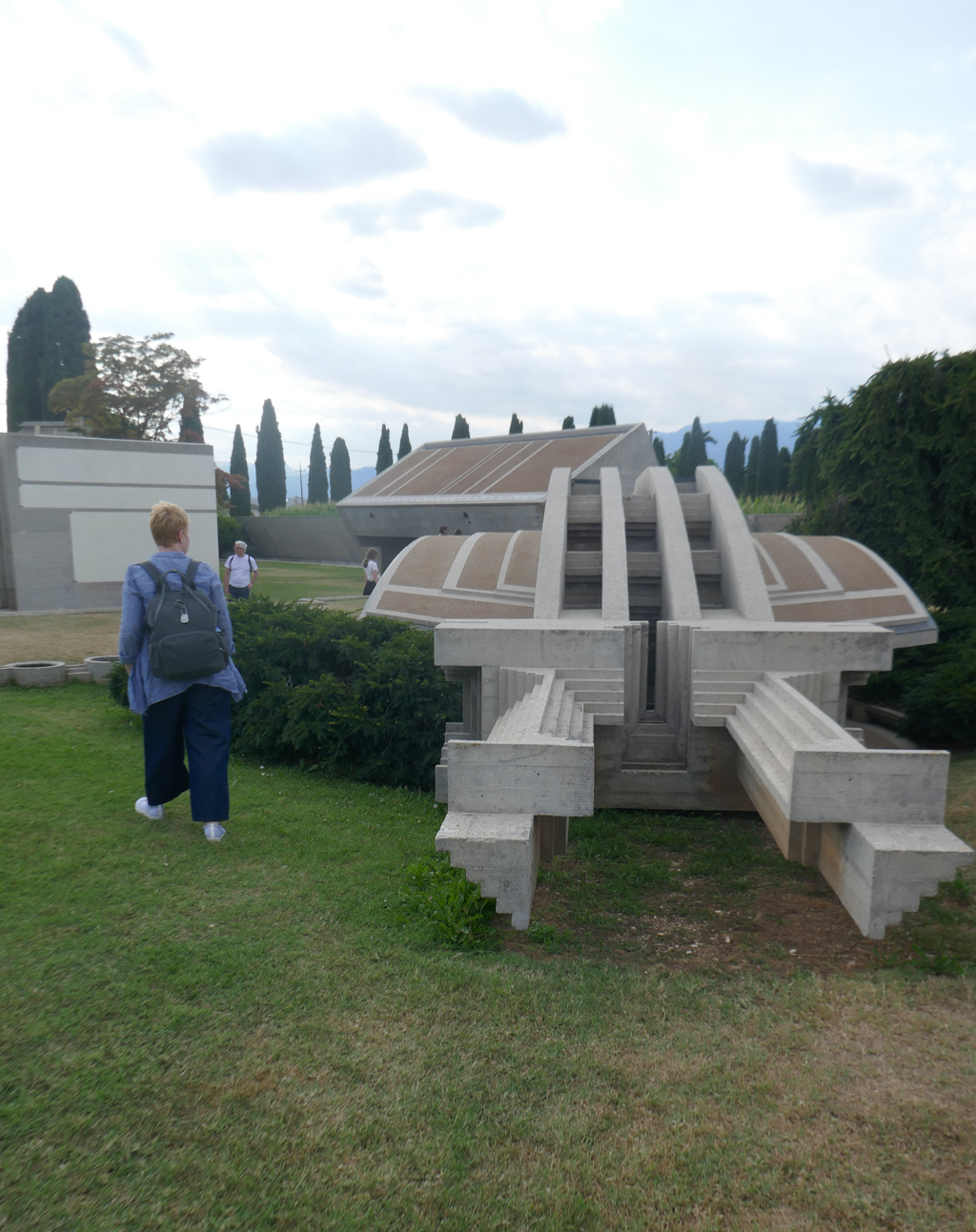 Anita Merk walking past one of the tombs in the Cimitero Brion. 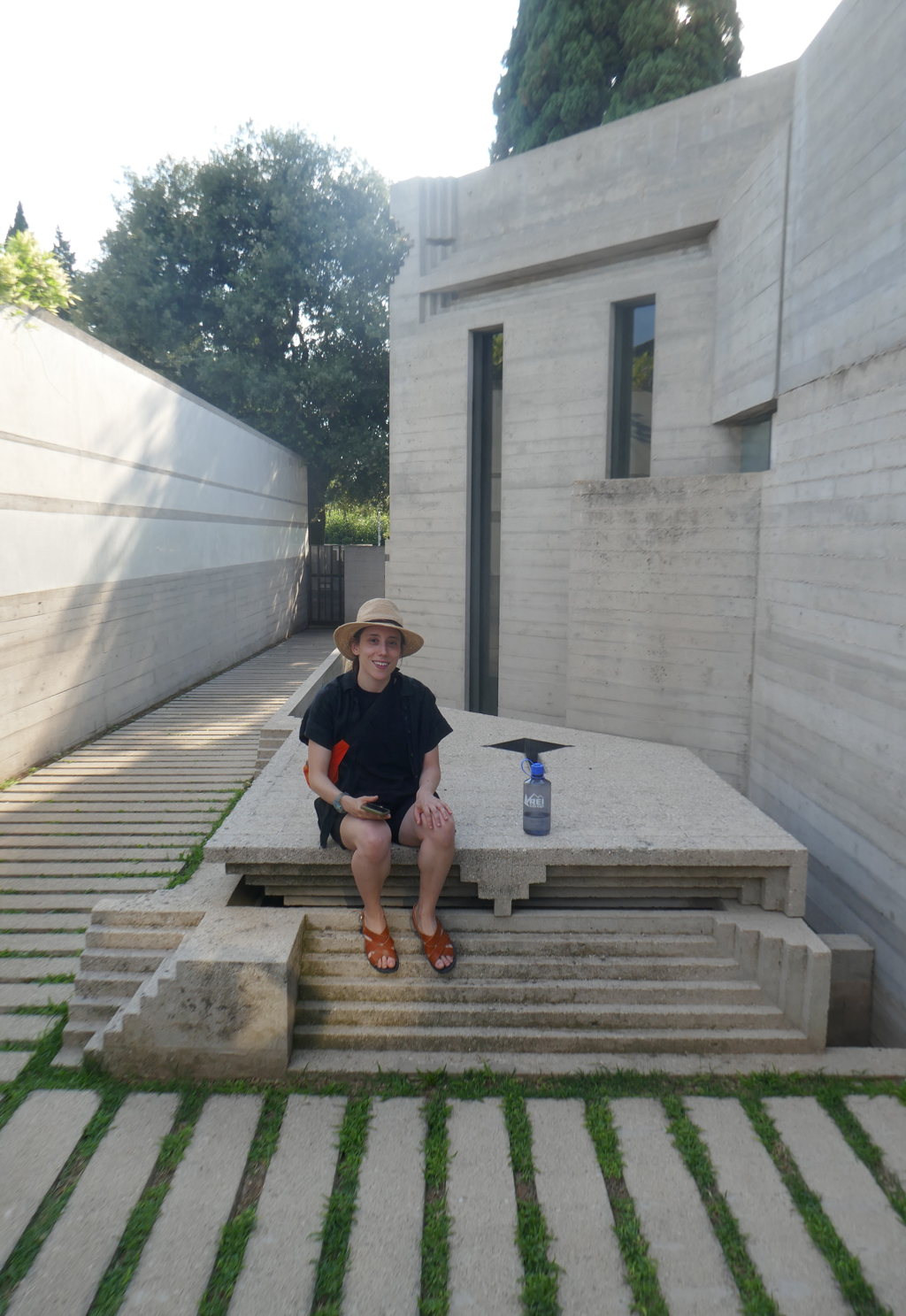 Erica Carras sitting outside the chapel at Cimetero Brion. 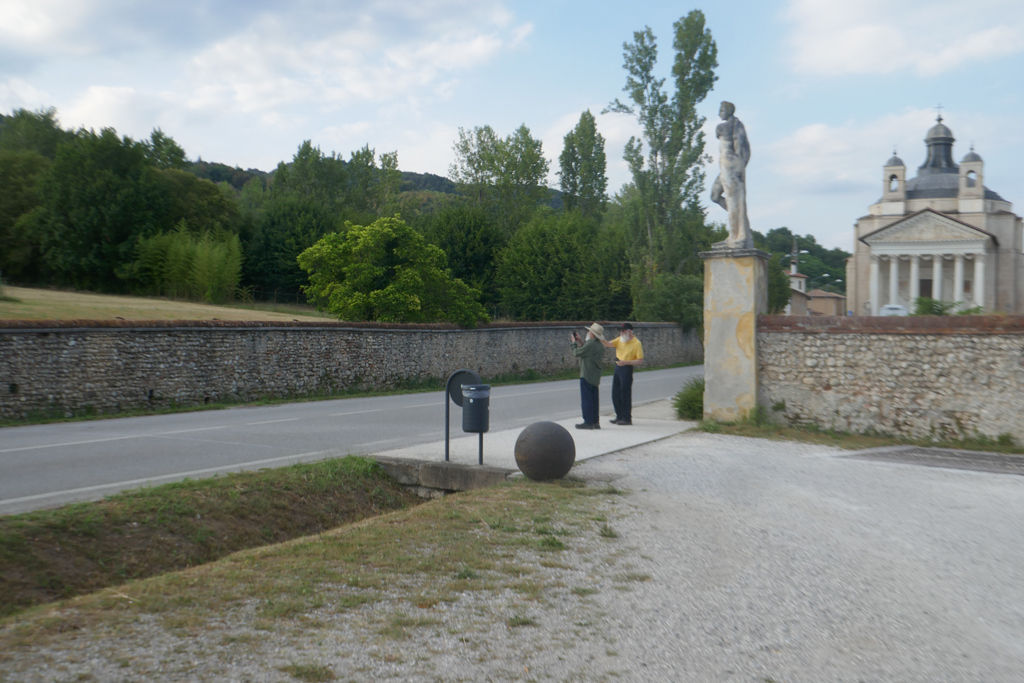 George Whitman and Richard Waller looking at the Villa di Maser (out of view at the left). The Temple Barbaro is to their right.

In the evening we ate dinner at Osteria Bellavista in Pieve del Grappa in the Veneto countryside. Although it was an optional event, everyone signed up, inspired by the rave reviews the restaurant garnered from members of the Legacy of Letters Tipo Cibo Vino 2019 tour and workshop. The setting was better than before as dinner was served outdoors in the restaurant’s leafy (and cool) garden. The prix fixe meal—consisting of carpaccio, ravioli, faraona al forno (roasted guinea fowl) with spinach and potatoes, and a mint semifreddo with raspberry sauce—fully lived up to expectations. 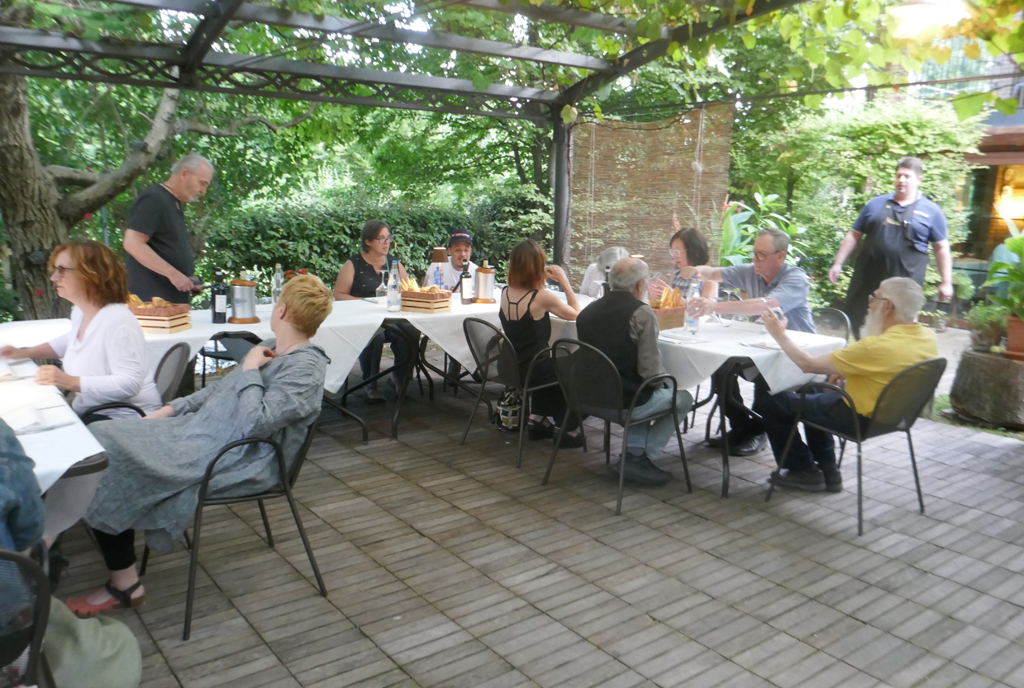 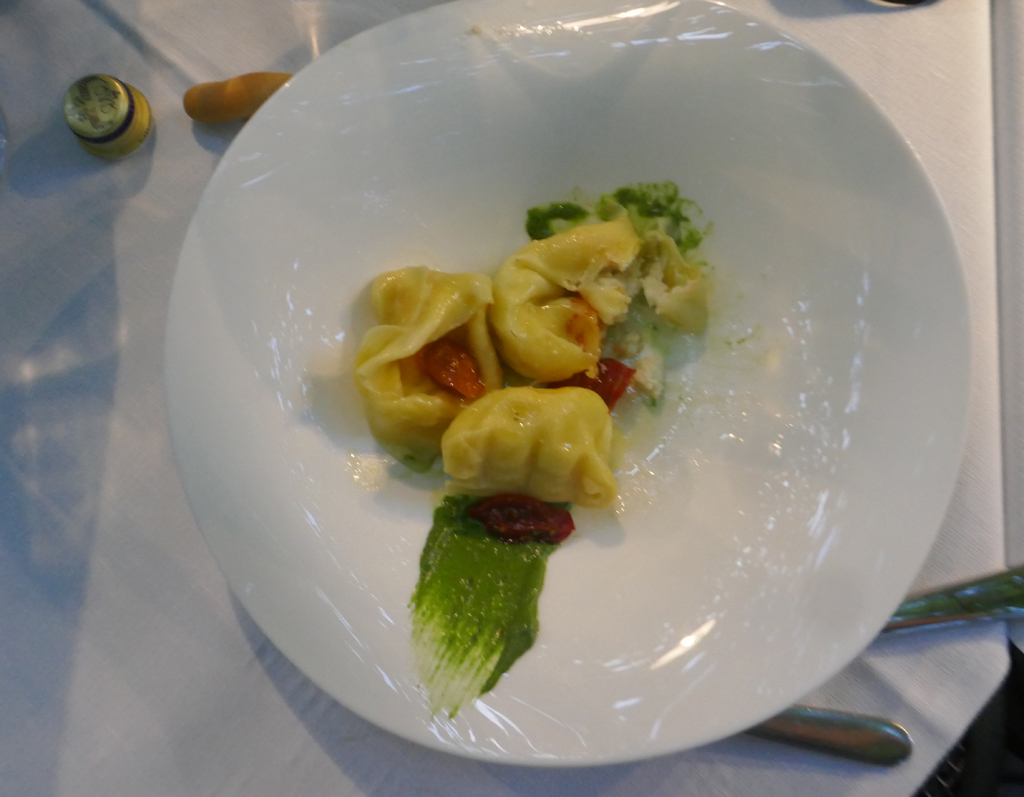 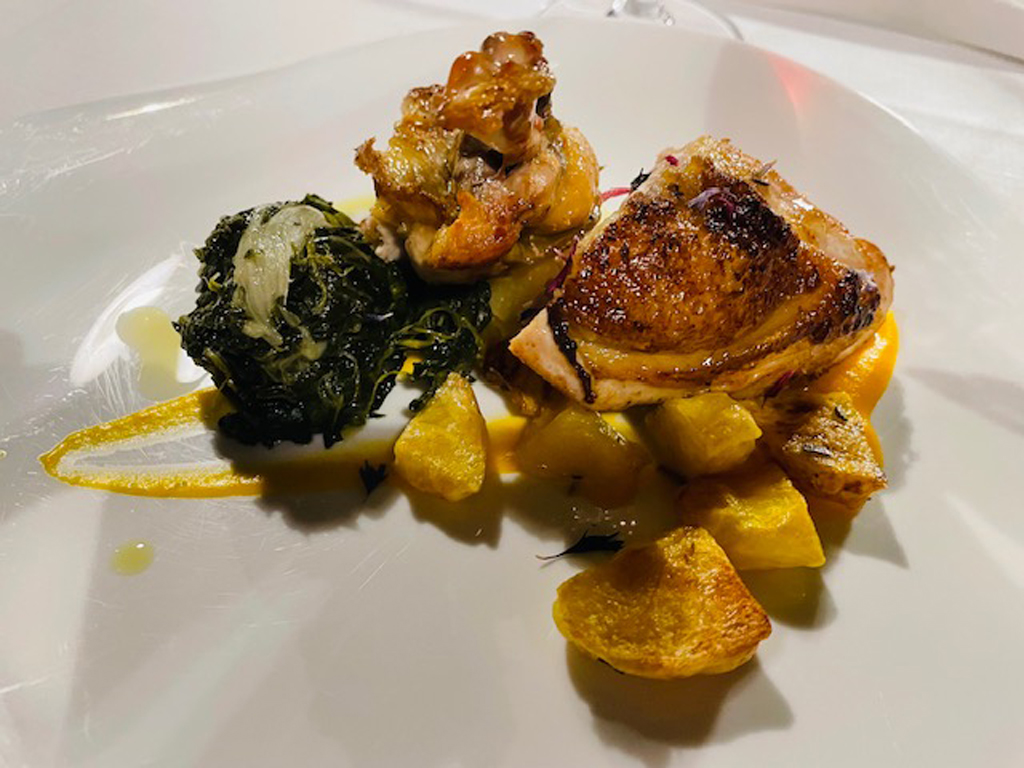 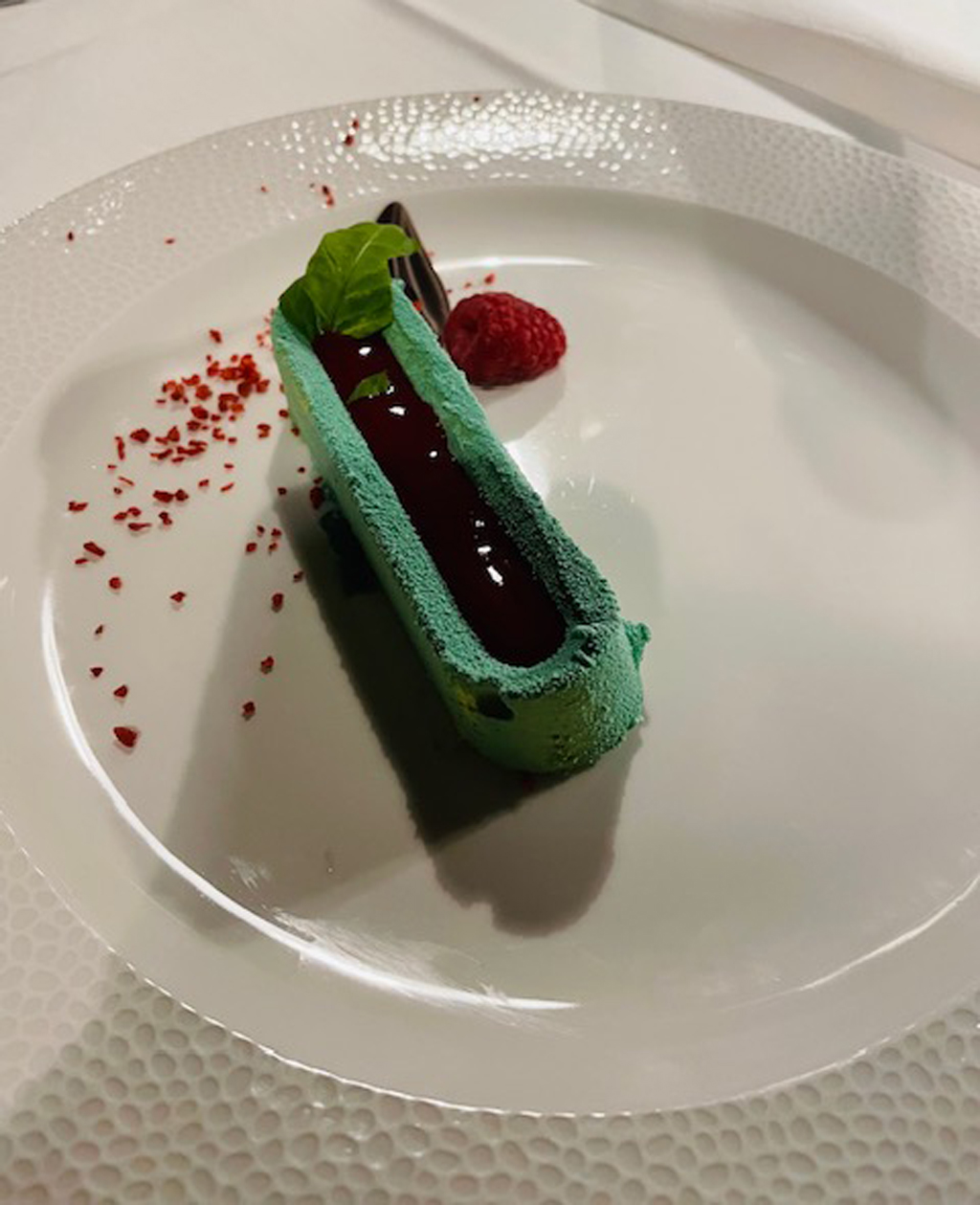