The Definitive Dwiggins no. 348—A Christmas Carol

Blue Pencil no. 51—ITC as a Pioneer of Diversity in Type Design

Since the summer of 2020 I have been compiling a comprehensive list of digitized type specimens available online. My list includes some unexpected items such as U&lc, the magazine that ITC (International Typeface Corporation) published from 1974 to 1999. The magazine was a stealth type specimen with every article set in an ITC typeface (identified with a tiny credit at the end and also listed on the contents page). But the great majority of issues also introduced (or sometimes re-introduced) new releases by the company in the usual type specimen manner.

In surveying the digitized issues of U&lc to find those that announced new typefaces, I was struck by the number of types designed by women and others long considered to be at the margins of the profession. [1] A number of the names were familiar to me since I knew (or still know) the individuals personally, but I was surprised at how many I had never heard of before. [2] Here is the list I compiled from the issues of U&lc that cover the years 1984 to 1999. [3] 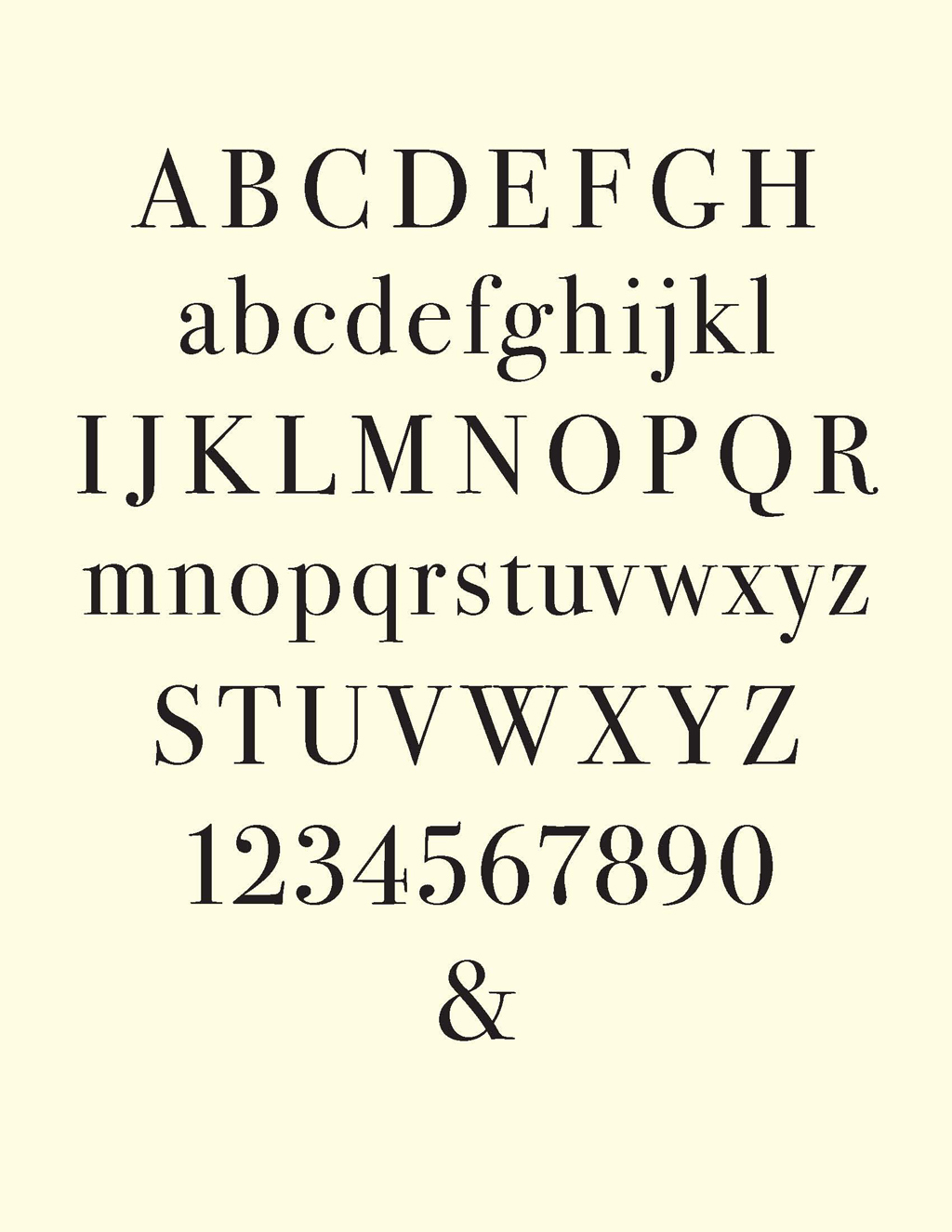 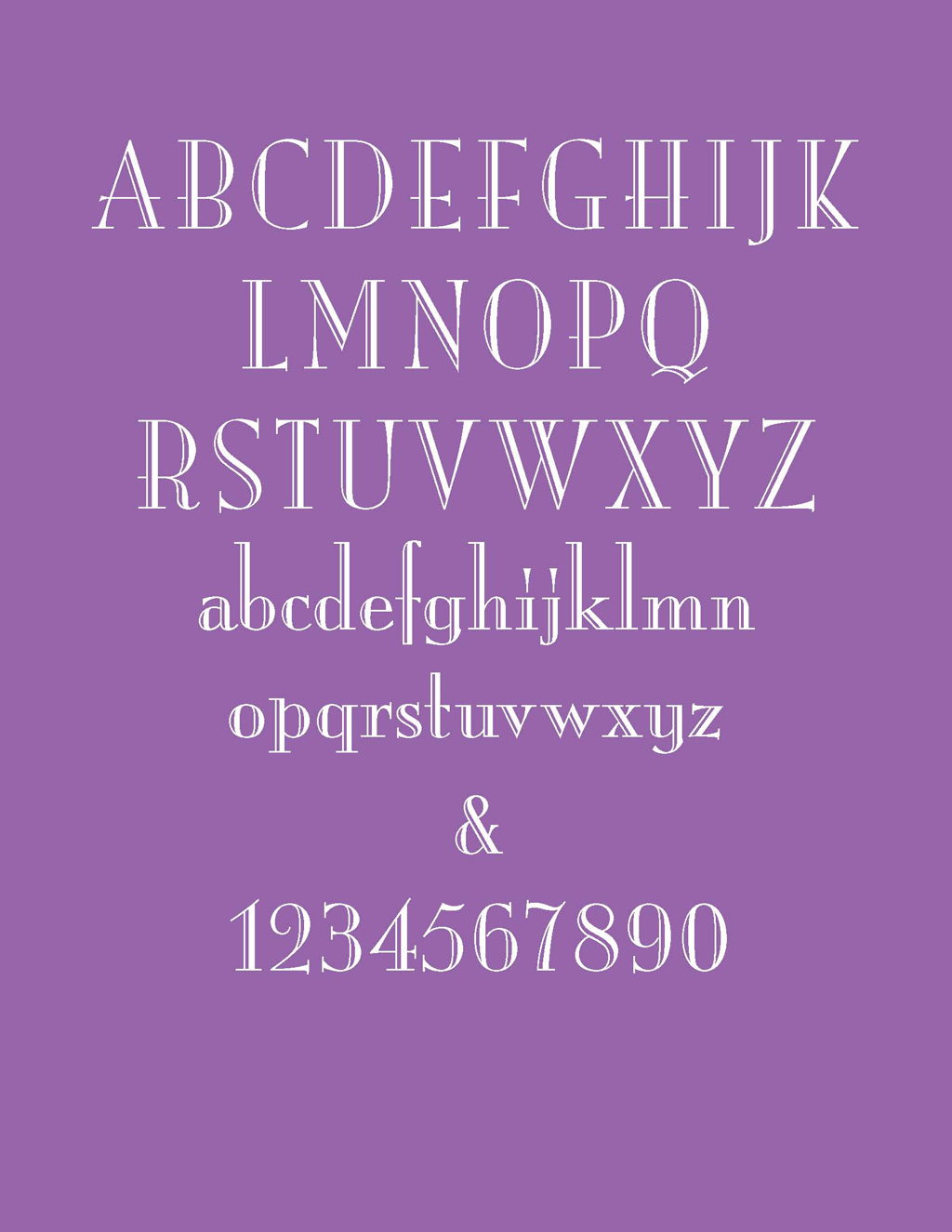 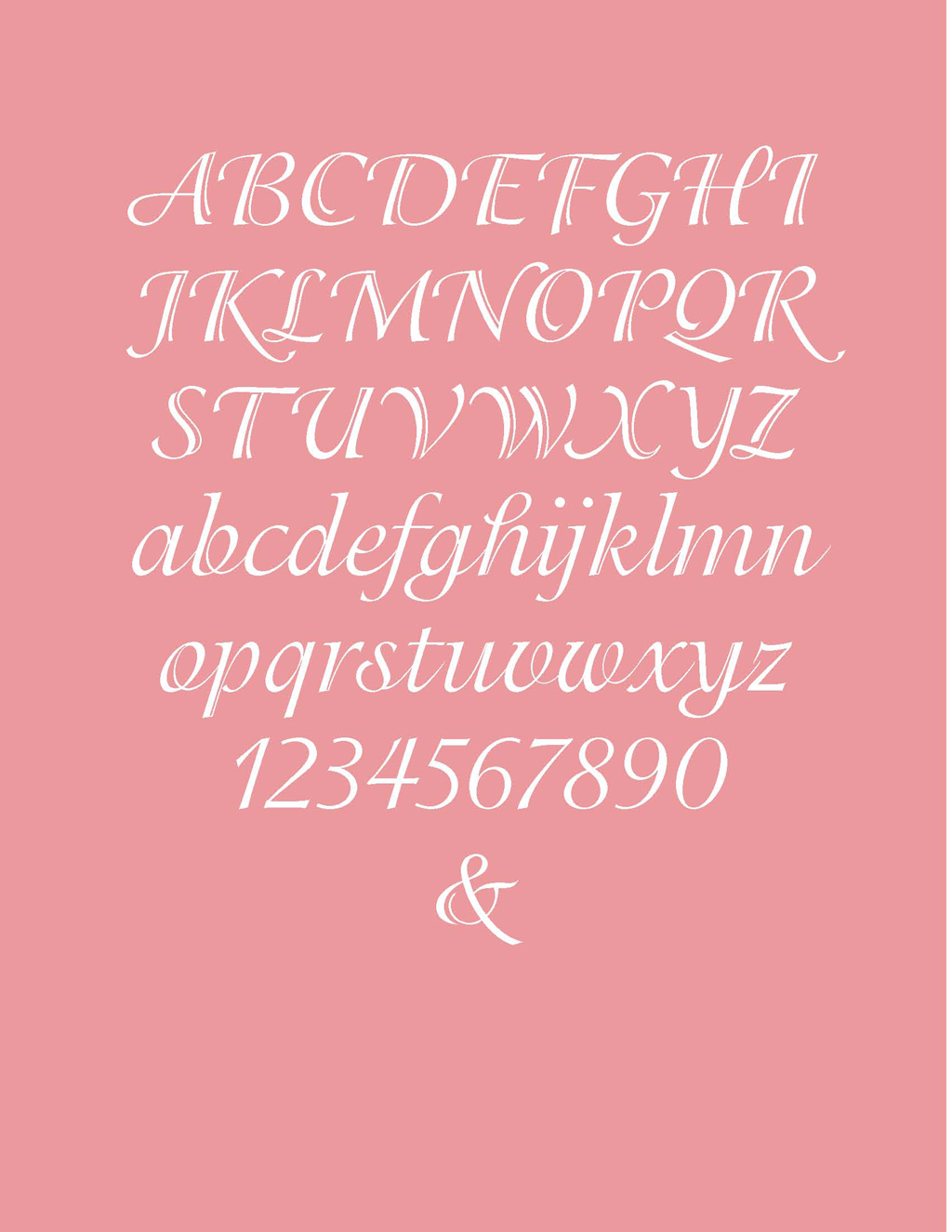 U&lc 15:2 (May 1988), pp. 26–29—profile of Beatrice Warde “Typographic Milestones” series by Allan “Beatrice Warde: First Lady of Typography” Haley. Warde was the only woman in the series.

Why was ITC a pioneer in issuing typefaces by women? I think there are two factors. The first is that key figures in the company (notably Herb Lubalin in the 1970s and Mark Batty in the 1990s) were very supportive of women. The second, is that Lubalin—despite his oft-professed claim that he was a failure in calligraphy class at Cooper Union—had a deep interest in calligraphy.

As the creator of U&lc, Lubalin (1918–1981) was involved in both its design and its content. In the magazine’s third issue (U&lc vol. 1, no. 3 [1974]), he introduced a column titled “Ms.” which profiled women in graphic design and related fields, beginning with Annegret Beier of Lubalin, Delpire et Cie in Paris. [4] The column ran until 1981, apparently disappearing with the death of Lubalin.

The first issue of U&lc included two women in the masthead: Jo Vanow as Editorial Assistant and Ellen Shapiro as Art & Production Editor. After that issue no woman is listed (other than members of the production team—aka the staff at Lubalin, Smith & Carnase) until U&lc vol. 6, no. 2 (June 1979) when Lorna Shanks as Advertising Manager and Helena Wallschlag as Advertising Production Manager appear. [5] However, from that issue until the demise of the magazine, women became a major presence in U&lc on both the editorial and production sides. Marion Muller (Associate Editor), Rhoda Sparber Lubalin (Research Editor) were added with U&lc vol. 6, no. 4 (December 1979); Juliet Travison (Assistant to the Editor; later Assistant Editor) and Eloise A. Coleman (Subscriptions) joined in 1981; and Ilene Mehl (now Ilene Strizver) became Assistant Art Director with U&lc vol. 10, no 1 (March 1983). [6] Margaret Richardson became Editor in 1989 and Joyce Rutter Kaye joined her as Managing Editor in 1991. Pat Krugman became Art Production Coordinator in 1989 (later Director of Creative Services). Despite the heavy female representation, the only woman to design an issue of U&lc is Rhonda Rubenstein who was responsible for U&lc vol. 21, no. 4 (Spring 1995) and U&lc vol. 22, no. 1 (Summer 1995). 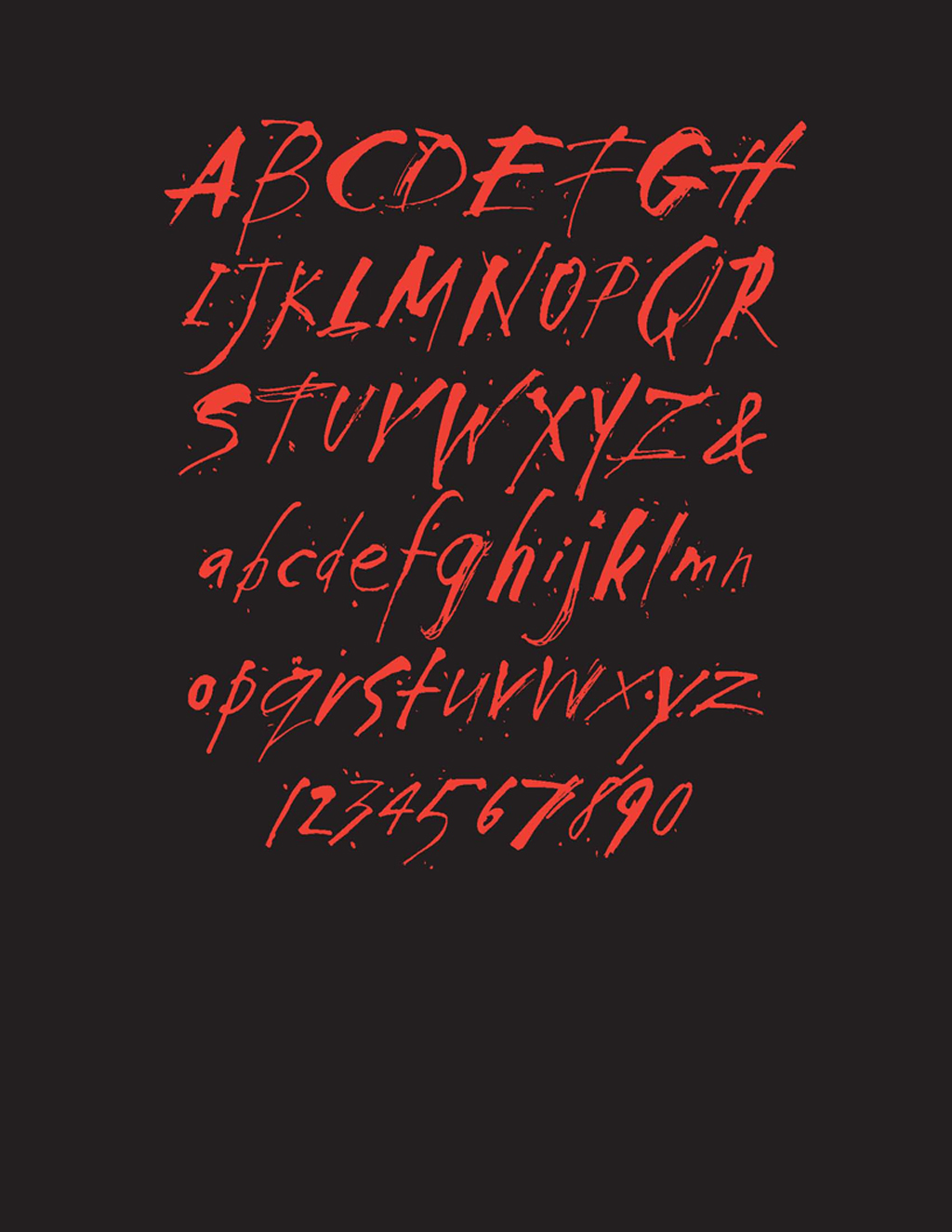 In the context of type design, the most important of these women, was Ilene Strizver. She was not only the Assistant Art Director of U&lc, but she played a major role in typeface development at ITC from 1979 until the company’s sale to Agfa Monotype in 2000. [7] When I asked her about the diversity of designers behind these ITC typefaces she said that it was not the result of a conscious decision on her part or that of the company. [8] However, she emphasized that when she became Director of Typeface Development she sought to vary the ITC library by expanding it beyond the standardized type families that made the company famous in the 1970s and 1980s. She also wanted to counter the technological focus that dominated the contemporary type world that had only begun to widely accept digital fonts a few years earlier.

Strizver accomplished these twin goals by looking for calligraphers who could produce fonts with a personal touch, often derived from quirky or unusual handwriting, and illustrators who could design image fonts. Although her goal was to add “marginalized” styles of type—scripts and the digital equivalent of electrotyped cuts—to the ITC library, her efforts in this direction inadvertently brought in women and other “marginalized” groups. [9] This was because women dominated the calligraphy world that had sprung up since the mid-1970s.

ITC’s exhibitions of calligraphy took place at the ITC Center, a small space carved out of its headquarters at 866 Second Avenue in New York City. The first was International Calligraphy Today (see U&lc vol. 7, no. 4 [December 1980]). Others were devoted to the work of Hermann Zapf and Gudrun Zapf-von Hesse (November 1985–January 1986), and the work of Donald Jackson (see U&lc vol. 15, no. 4 [1988]). Thus, ITC’s calligraphic phase of the 1990s is not as surprising as one would expect from focusing on the typefaces the company produced during the years that Lubalin was alive.

But an emphasis on calligraphy and imagery only partially explains the roster of women listed above who designed typefaces for ITC between 1987 and 1999. At the same time that Carol Twombly and Zuzana Licko were getting acclaim for their work, ITC issued typefaces by Cynthia Hollandsworth (ITC Tiepolo, 1987), Kris Holmes (ITC Isadora, 1989), Sigrid Engelmann and Helga Jorgensen (ITC Golden Type, 1989), and Holly Goldsmith and Janice Prescott Fishman (ITC Bodoni 72, 1994). [12] Hollandsworth, Holmes, Goldsmith, and Fishman had been working in type design for many years. It was only via ITC that they gained wider visibility. 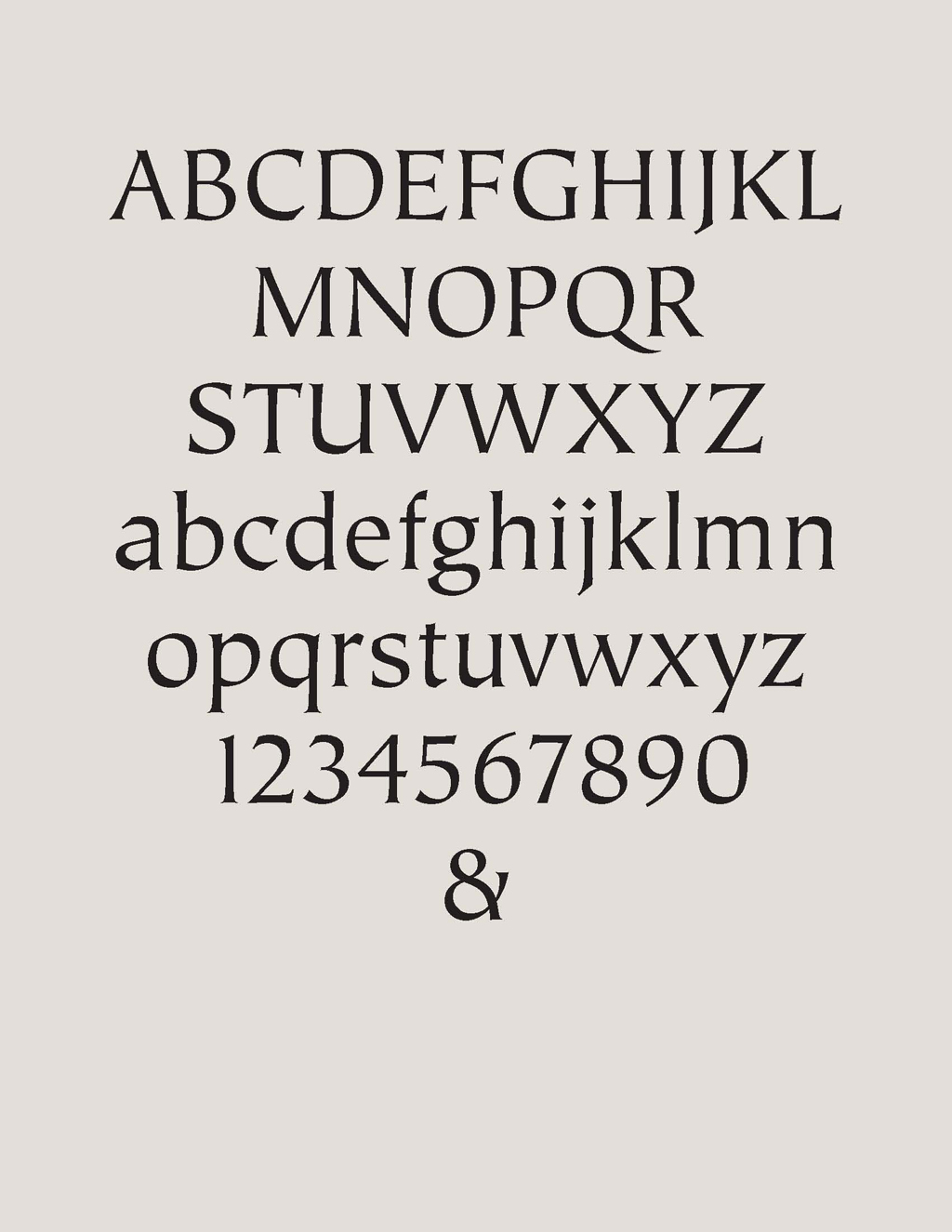 Addendum
This post is focused on issues of U&lc with information on typefaces by women and other marginalized groups. Other typefaces by these individuals that were released after 1999, the year that U&lc closed, are not included, even if they bear the ITC name (e.g. ITC Puamana and ITC Kahana designed by Teri Kahan and issued in 2004).

Notes
1. None of the women listed here are included in How many female type designers do you know? I know many and talked to some! by Yulia Popova (Eindhoven, Netherlands: Onomatopee Projects, 2021), 2nd ed. However, seven of them are noted in Women Typeface Designers by Laura Webber (Thesis, Rochester Institute of Technology, 1997).
2. Some of the names on this list (e.g. Jovica Veljovic, František Štorm, and Akira Kobayashi) are well-known today, but they got their start in type design via ITC.
3. U&lc ceased publication in 1999. ITC was acquired in 2000 byAgfa Monotype Corporation (now known as Monotype Imaging). Its name lives on as a brand.
4. The title of the column was clearly inspired by Ms. magazine which debuted in 1971. It should be noted that some of the Ms. columns contain sexist comments.
5. Among the women listed as part of the production team over the years is Louise Fili who worked on the U&lc issues from vol. 3, no. 2 (1976) to vol. 5, no. 1 (March 1978). Lorna Shanks became a Contributing Editor in later issues.
6. Eloise Coleman—who was black—was the first person listed as being responsible for subscriptions. She was also the ITC office manager. Ilene Mehl first appeared as part of the production team in U&lc vol. 9, no. 1 (March 1982). She appears under her married name of Ilene Strizver as Assistant Art Director in U&lc vol. 12, no. 4 (February 1986).
7. Strizver began her career in type design at Photo-Lettering Inc. in 1977. She joined ITC in 1979 and became Director of Typeface Development when Allan Haley left the company in 1995. Today she is best known as the author of Type Rules!: The Designer’s Guide to Professional Typography (Hoboken, New Jersey: Wiley, 2014, 4th edition).
8. This comment and those that follow come from a telephone conversation with Ilene Strizver on 6 June 2022.
9. Evidence that Strizver was not intentionally looking for women designers is the fact that the two most prolific designers she hired were Tim Donaldson (b. 1960) and Phill Grimshaw (1950–1998). Both may have come to her attention through their work for Letraset as part of the company’s Fontek series of digital fonts. (Esselte bought Letraset in 1981 and ITC in 1986.) Strizver’s search for illustrators who could make fonts led directly to ITC Matisse by Gregory Gray.
10. Jean Evans (b. 1946) went on to work as a type designer at Bitstream and Font Bureau in the 1980s and early 1990s.
11. This is not a complete list of calligraphically-related articles in U&lc.
12. Arthur Baker co-designed ITC Tiepolo; and Andrew Newton contributed to the design of ITC Golden Type.