The Definitive Dwiggins no. 179—The Ninety-first Psalm 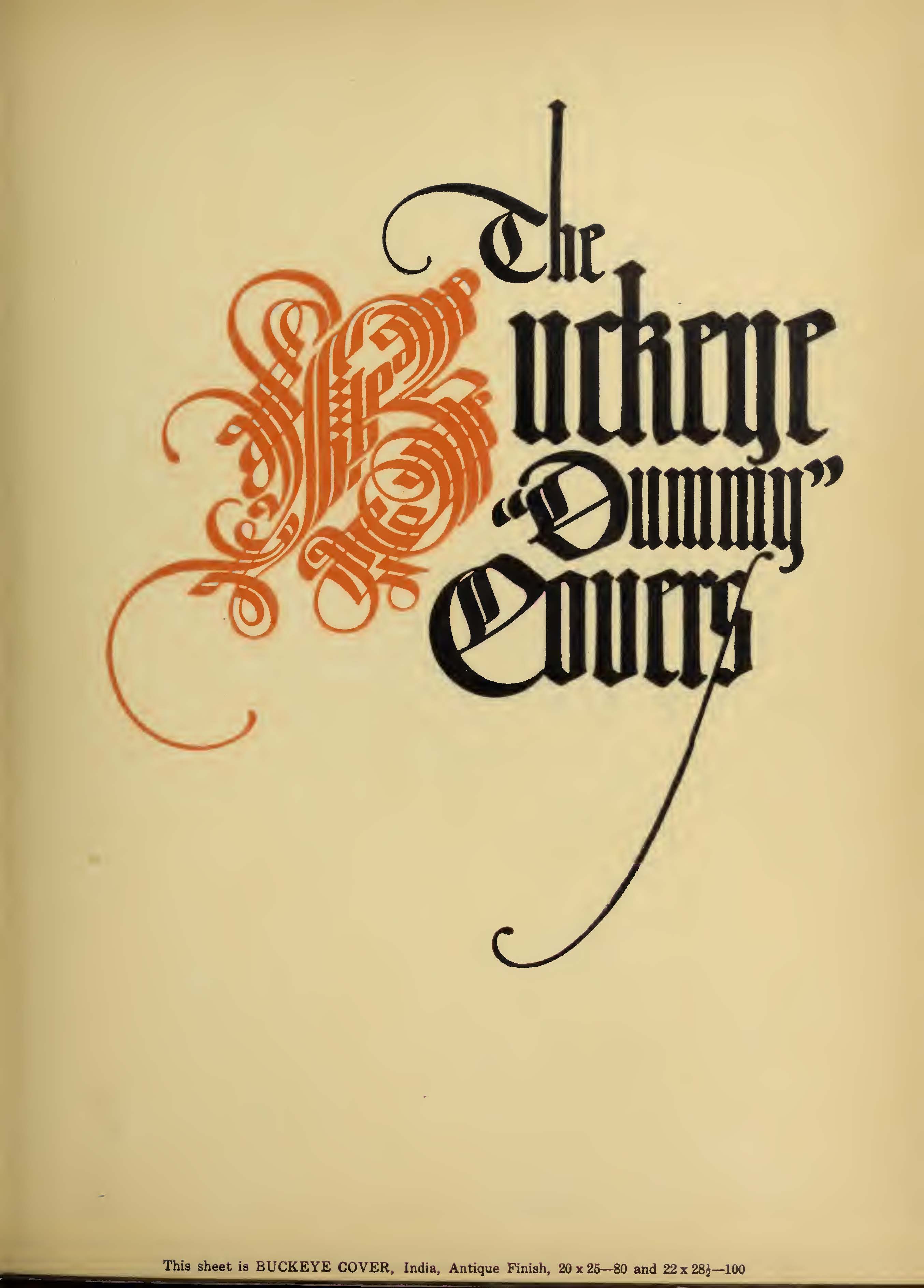 Several months after posting the addendum to The Definitive Dwiggins no. 165 I was in Chicago for the Type Chicago conference. While there I did some digging into two Oswald Cooper archives and found two items relevant to the addendum: artwork for Buckeye Covers and a brochure for a recital by Mrs. Kendall Banning. [1]

The artwork for “Buckeye Covers” (below) matches the title of a four-page advertising insert for Buckeye Covers by The Beckett Paper Company that appears in the back of The Graphic Arts and Crafts Year Book: American-Annual Review of the Printing and Allied Industries edited by Walter L. Tobey (Hamilton, Ohio: Graphic Arts Press, 1913), vol. VI. The insert design is credited to Bertsch & Cooper which confirms that the textura lettering is by Oswald Cooper. The minuscules of this title closely match those on the 1917 insert at the top of this post. However, the capitals are substantially different. Those in “Buckeye Covers” are in an older, fussier style that Cooper was abandoning. 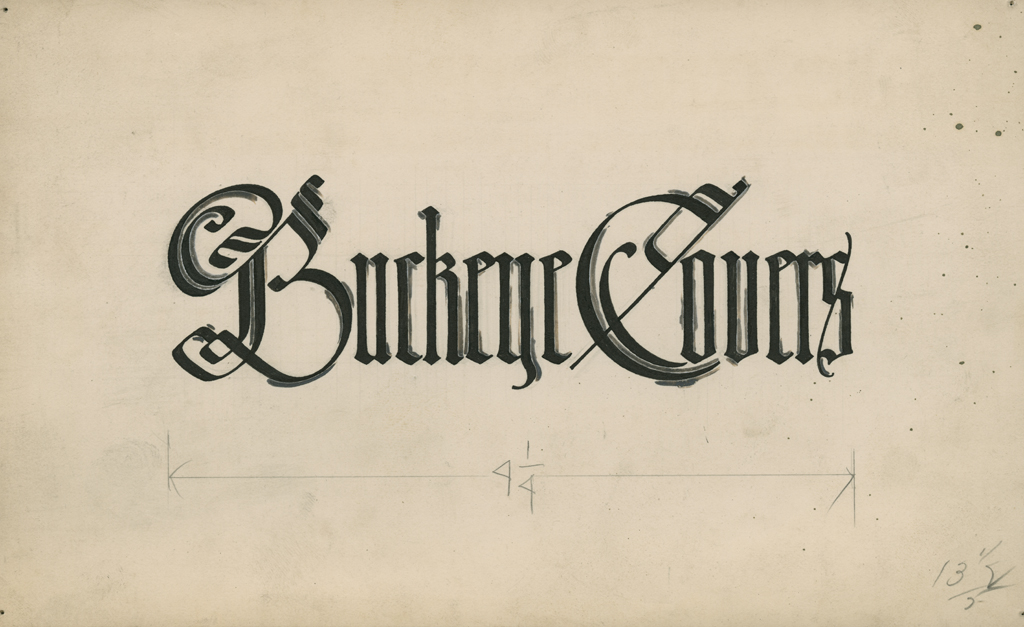 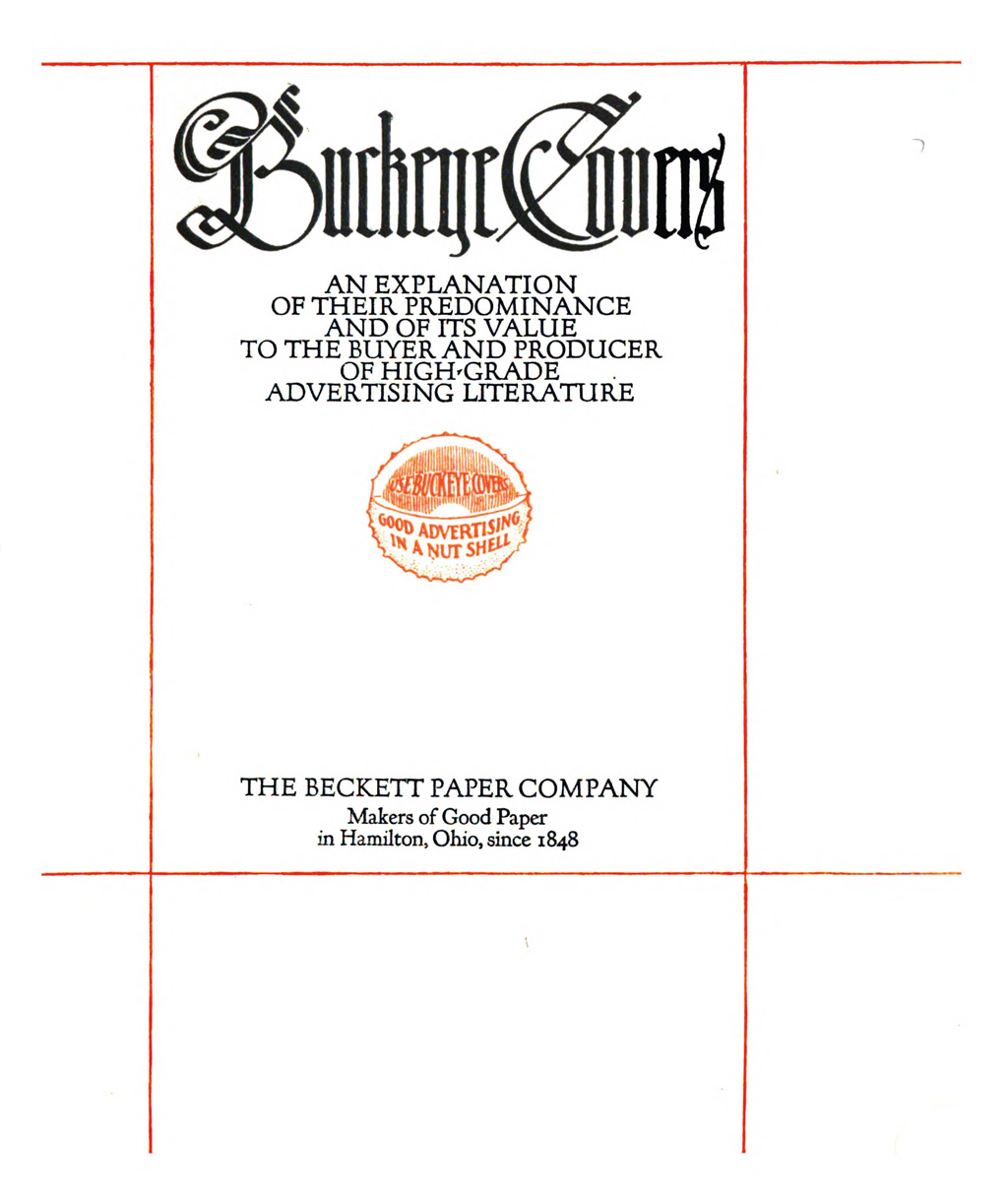 The decorative capital B in the title of the “Buckeye Covers” insert is a variation of one that Cooper designed a few years earlier for the cover and interior title of a brochure [below] advertising the mezzo-contralto singer Mrs. Kendall Banning. The singer, née Hedwig von Briesen (1883-1912), was the first wife of Kendall Banning (1879–1944). [2] Although she is described in the brochure as a mezzo-contralto, contemporary newspaper accounts refer to her as a mezzo-soprano. Her official professional debut took place on August 4, 1909 in Walpole, New Hampshire which means that the brochure was produced between then and her death in July 1912. This textura by Cooper thus predates the one made for the title of the Buckeye Covers insert. At a glance the B in the brochure looks identical to the one in the paper company insert. They share a similar structure, but the two differ in width and in the details of their decoration. 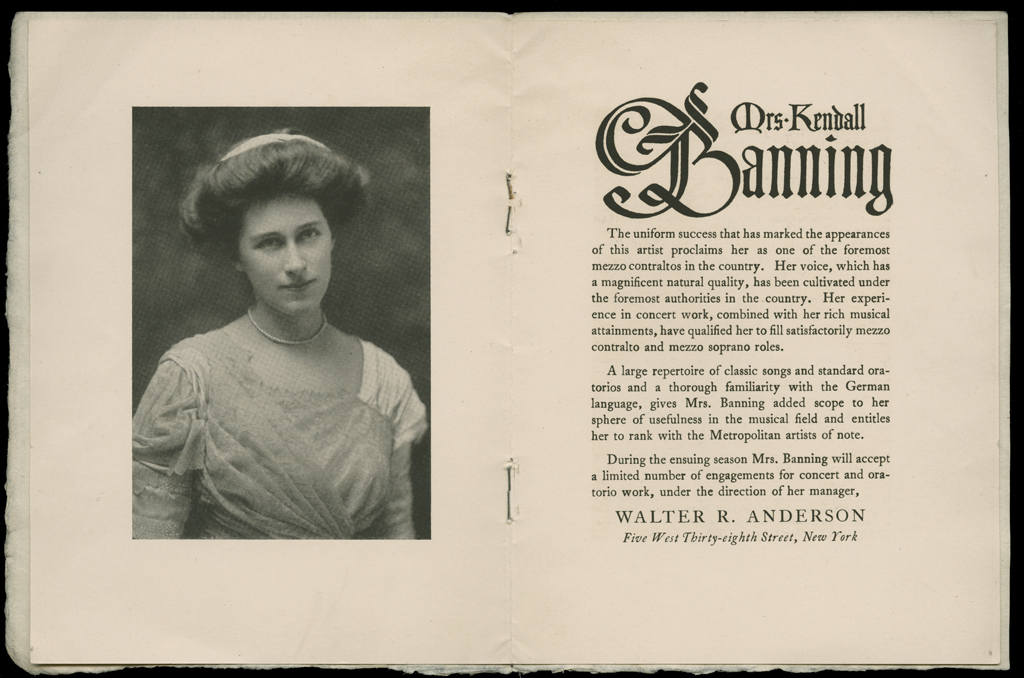 Together these two items reinforce my contention, made in the first addendum to The Definitive Dwiggins no. 165, that Cooper—not Dwiggins—designed the lettering for the “The Buckeye ‘Dummy’ Covers” insert.

Notes
1. The Buckeye Covers artwork is in Folder 56, Box 2, Oswald Bruce Cooper Papers, The Newberry Library; and the Mrs. Kendall Banning recital brochure is in Folder 85, Box 3, Oswald Bruce Cooper Papers, The Newberry Library.
2. Kendall Banning was a poet, playwright, and magazine editor. During World War I, he was a member of the Committee on Public Information headed by George Creel. A 1902 graduate of Dartmouth College, he crossed paths with fellow alumni Alfred Bartlett and Edwin O. Grover as well as with Frederic W. Goudy and W.A. Dwiggins. Goudy designed and printed Songs of Love Unending: A Sonnet Sequence (Chicago: Brothers of the Book, 1912) which banning dedicated to “his radiant Hedwig” who had died several months prior to its publication. Banning contributed poetry to the December 1914 issue of The Cornhill Booklet which Dwiggins co-edited. The following year he hired Dwiggins to design a letterhead for the Indian Hill Country Club in Winnetka, a suburb of Chicago. Banning’s second wife was Dorothy Sanders. They were married in 1915. Some of this information comes from a copy of Banning’s obituary in The New York Journal-American 28 December 1944 in Ruzicka Folder, Box 4, Rudolph Ruzicka Collection (UP-66), Dartmouth College.