The Definitive Dwiggins no. 713—A Description of Christ

Over a decade ago I posted a brief shout out to Wilhelm-Klingspor-Schrift, the brilliant blackletter typeface designed by Rudolf Koch (1876–1934). Michael Babcock of Interrobang Press in the Boston suburbs is the lucky owner of the typeface as originally cast by the Schriftgiesserei Gebruder Klingspor in Offenbach, Germany. At my request, he took some photographs of it in a forme. Here are some of them (with my cropping). The true beauty of this typeface really comes through when one sees it in its original metal state. 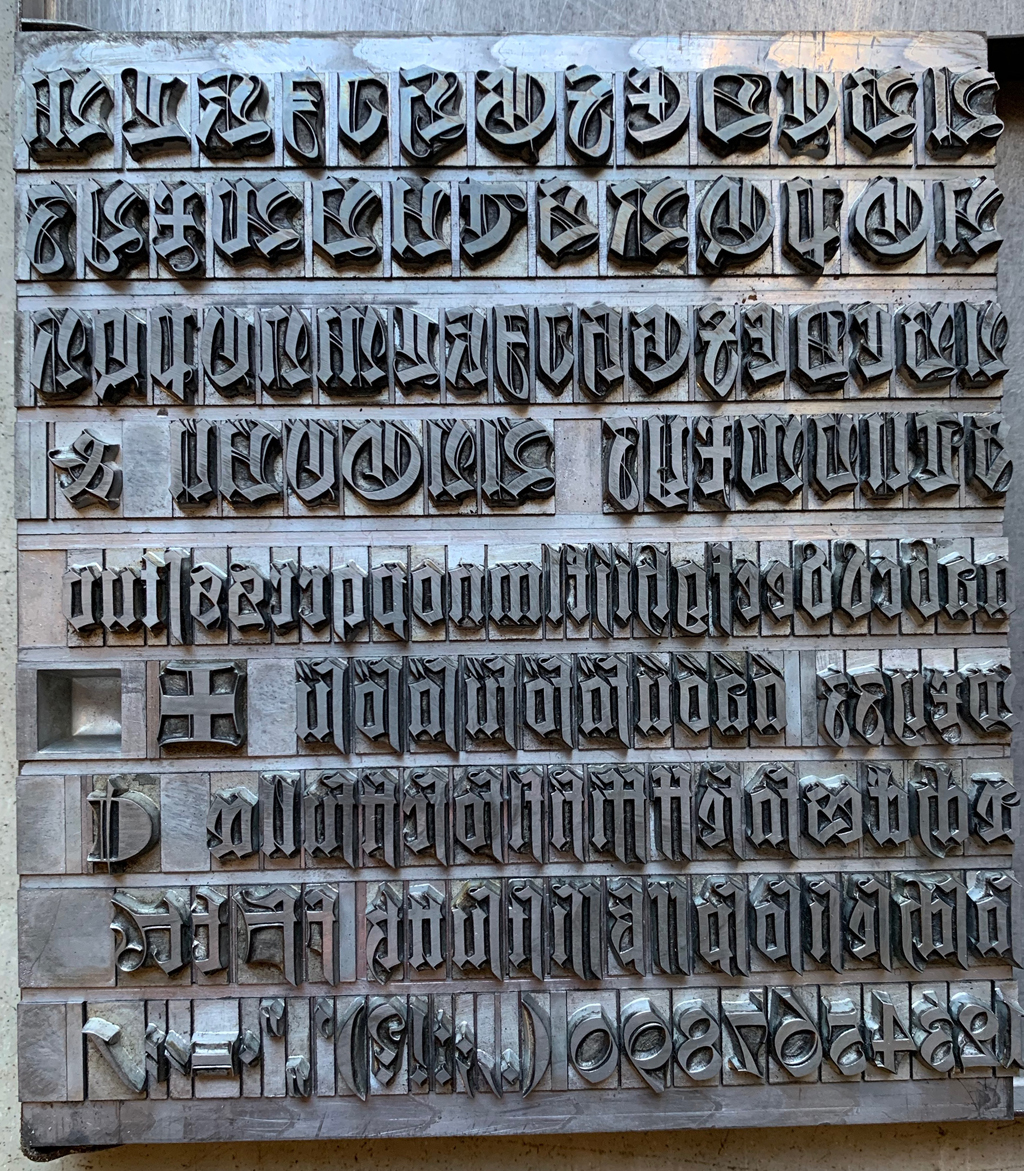 In the detail of the capitals (below) note the kerning. It is especially visible in the letters at the right (A, N, narrow A, narrow S). Kerning is also easy to see in the long s/a ligature and 1 at the right in the the detail of the lowercase letters, figures, and punctuation at bottom. For a listing of all of the characters in the fount see my previous post. 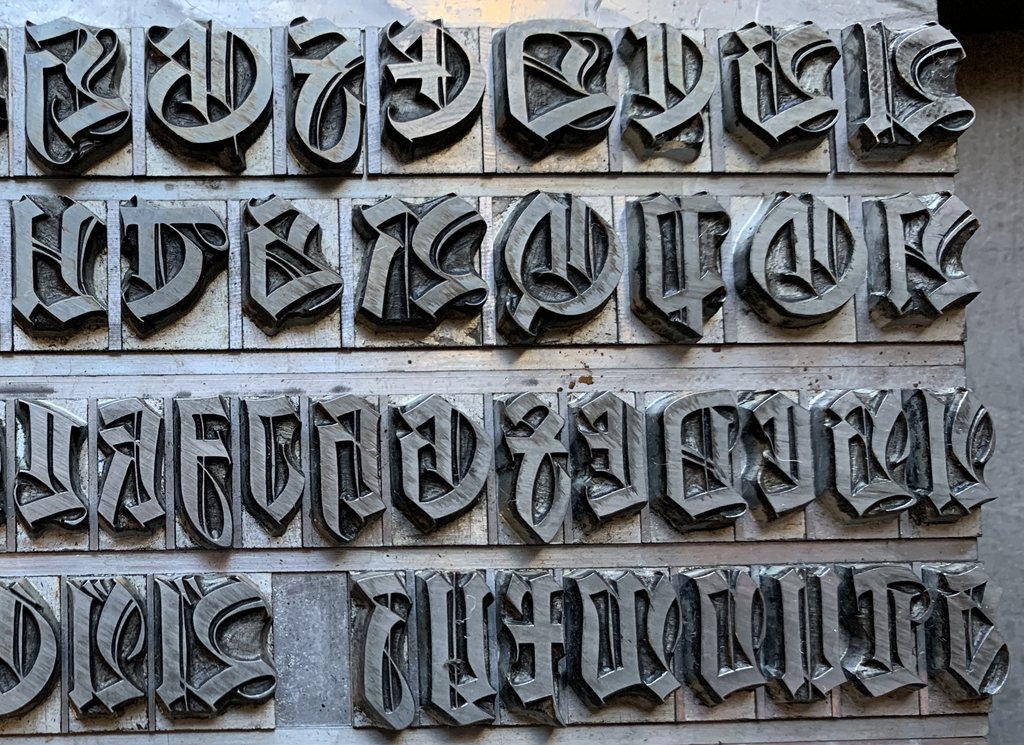 Detail of capitals (both regular and narrow width) of Wilhelm-Klingspor-Schrift. Photograph by Michael Babcock. 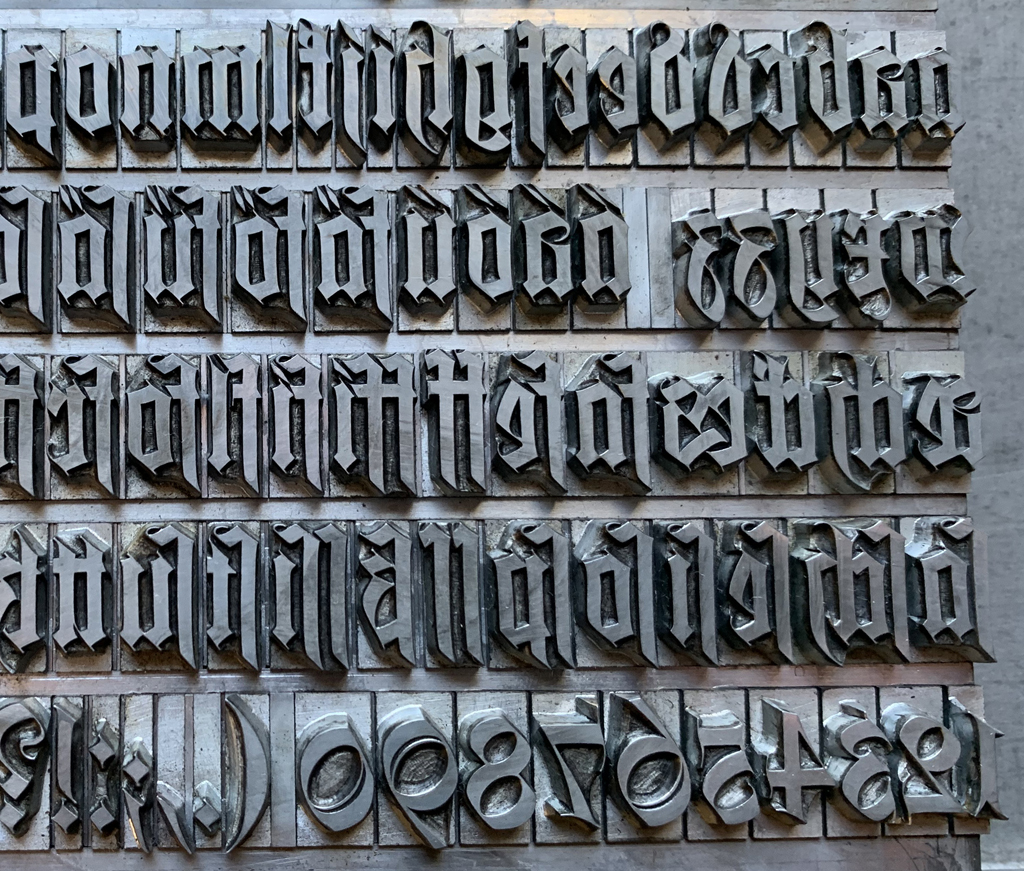 Detail of lowercase and figures of Wilhelm-Klingspor-Schrift. Photograph by Michael Babcock.