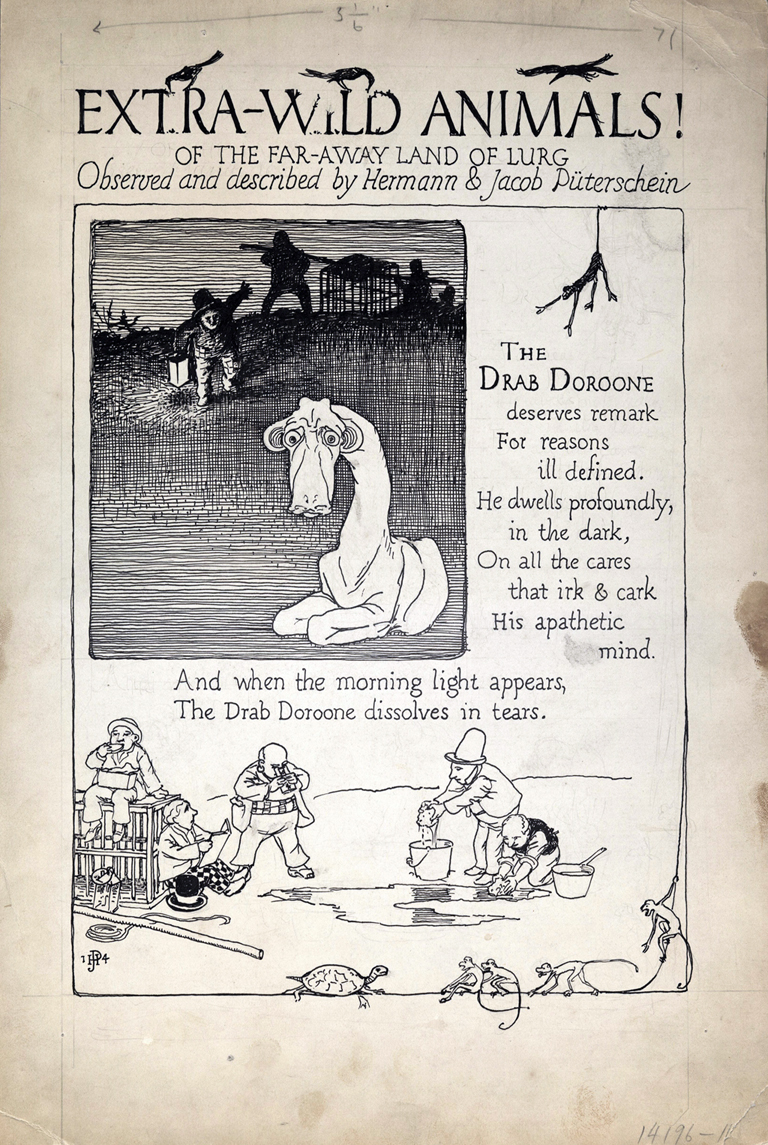 The Definitive Dwiggins no. 87 was devoted to W.A. Dwiggins’ association with publisher L.A. Rankin and Happyland magazine. For the magazine Dwiggins and his cousin Laurance B. Siegfried collaborated (as the brothers Hermann and Jacob Püterschein) on a brief series of illustrated verse entitled “Extra-Wild Animals of the Faraway-Land of Lurg”. I am wondering if they may have gotten the idea for their comic animals from Winsor McCay (1868–1934) and his comic strip Little Nemo in Slumberland. [1] The October 3, 1909 strip includes a fantastical creature called the Wild Fuzzle Kip which reminds me of Dwiggins’ Drab Doroone (see above). The strip also has references to other imaginary creatures with equally bizarre names—Ozzle Bupp, Goggle Mop, Dingle Boob, Muzzle Puffer, Stutzel Dorp, and Sozzen Gipper—that rival Dwiggins’ Winged Wygampus and Cadgerwhink. 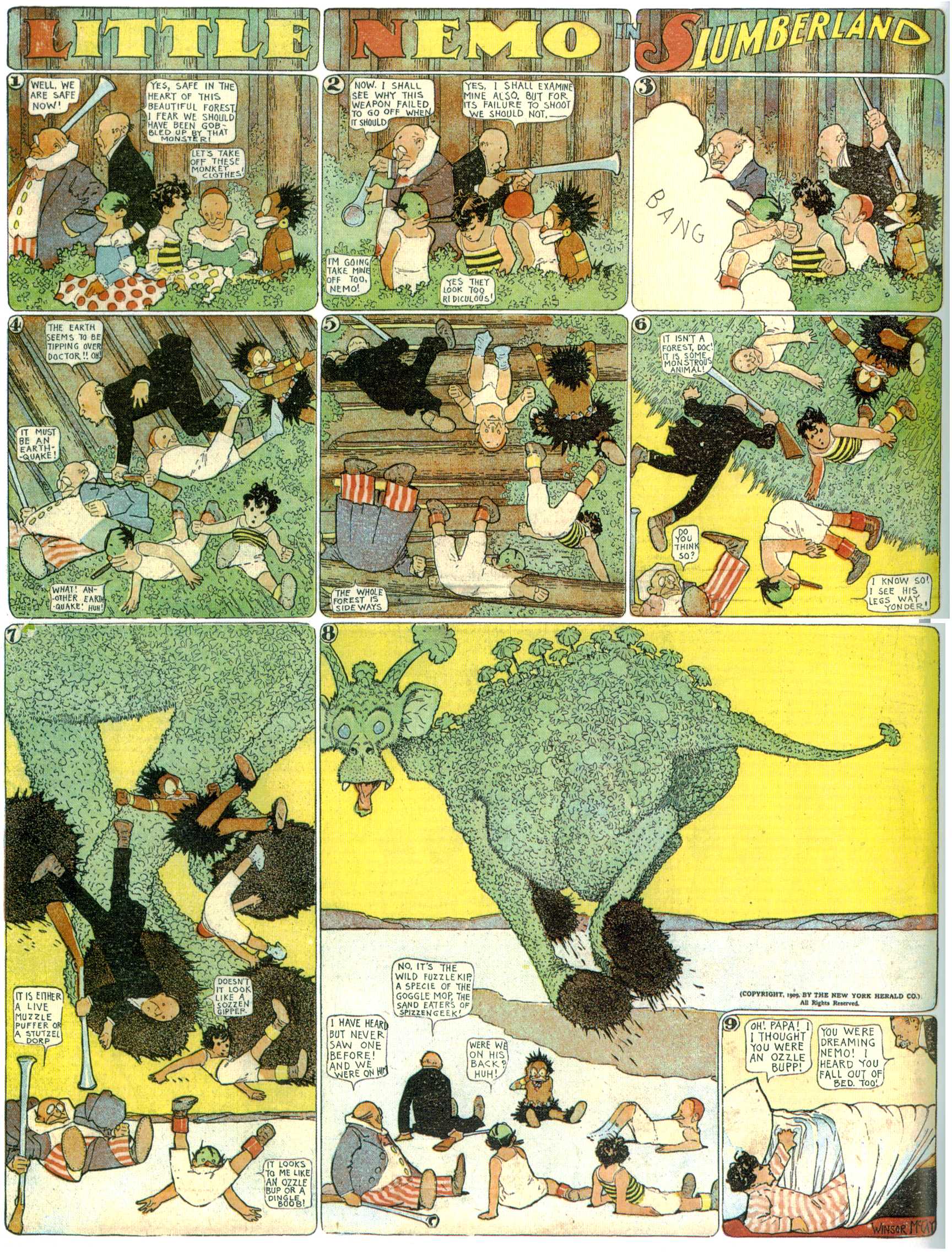 Little Nemo in Slumberland by Winsor McCay. From The New York Herald 3 October 1909. Image from The Comic Strip Library.

It is doubtful that Dwiggins, who lived in Hingham, Massachusetts, knew about Little Nemo directly since it appeared only in The New York Herald and was not syndicated. But Siegfried lived in Montclair, New Jersey, a suburb of New York City, and is likely to have seen the comic strip. [2] Especially since his older brother Frederick was the head of an advertising agency whose clients included The New York Herald. [3]

Another possible influence on Siegfried and Dwiggins could be the poem Jabberwocky by Lewis Carroll with its Jabberwock, Jubjub bird, and frumious Bandersnatch. But John Tenniel’s depiction of the Jabberwock is more frightful than McCay’s Wild Fuzzle Kip or Dwiggins’ Drab Doroone. [4] 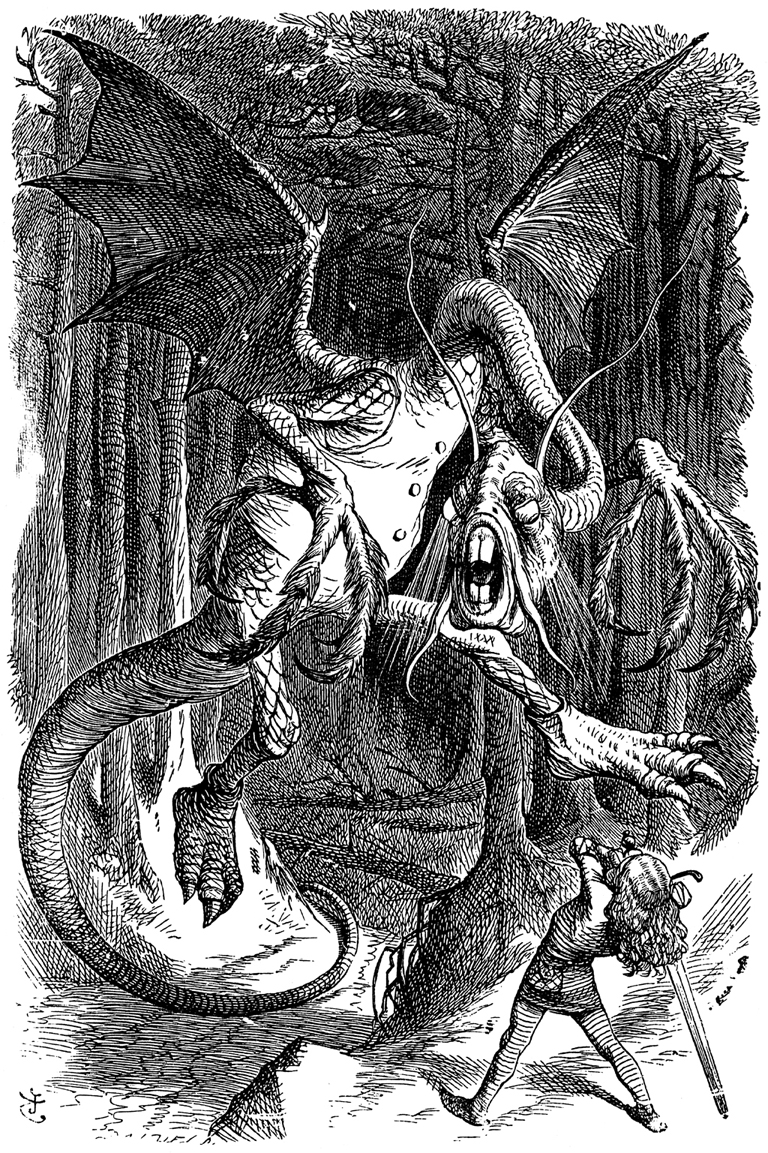 The Jabberwock. Illustration by John Tenniel from Through the Looking-Glass, and What Alice Found There by Lewis Carroll (London: Macmillan and Co., 1872), p. 23.

Perhaps the Jabberwock’s body—though not its head—inspired Dwiggins’ Winged Wygampus (see below). [5] But without a paper trail, these suggestions of mine are mere speculations.

Notes
1. Little Nemo in Slumberland appeared in the Sunday edition of The New York Herald from 1905 to 1911. Renamed as In the Land of Wonderful Dreams it continued in the New York American until 1914. A good selection of the strip can be found at The Comic Strip Library. It should be noted that Nemo’s companions in his dream adventures included an ill-tempered Irishman named Flip and a nearly-mute African named Little Impie, both depicted as ethnic stereotypes.
2. But Siegfried may not have seen the October 3, 1909 Little Nemo strip since he had enrolled at Harvard College that fall. Classes began September 30. The Sunday edition of The New York Herald may have been available at the Harvard Cooperative Society store at 1322 Massachusetts Avenue which sold stationery and newspapers among other items.
3. See The Definitive Dwiggins no. 92 for more on Frederick Siegfried.
4. Jabberwocky was included in Carroll’s novel Through the Looking-Glass, and What Alice Found There (London: Macmillan and Co., 1872), pp. 21–24. Tenniel’s illustration appears on p. 23.
5. The original artwork for the Drab Doroone and the Winged Wygampus is in Folders 8 and 9, Box 42pb, 1974 W.A. Dwiggins Collection, Boston Public Library. 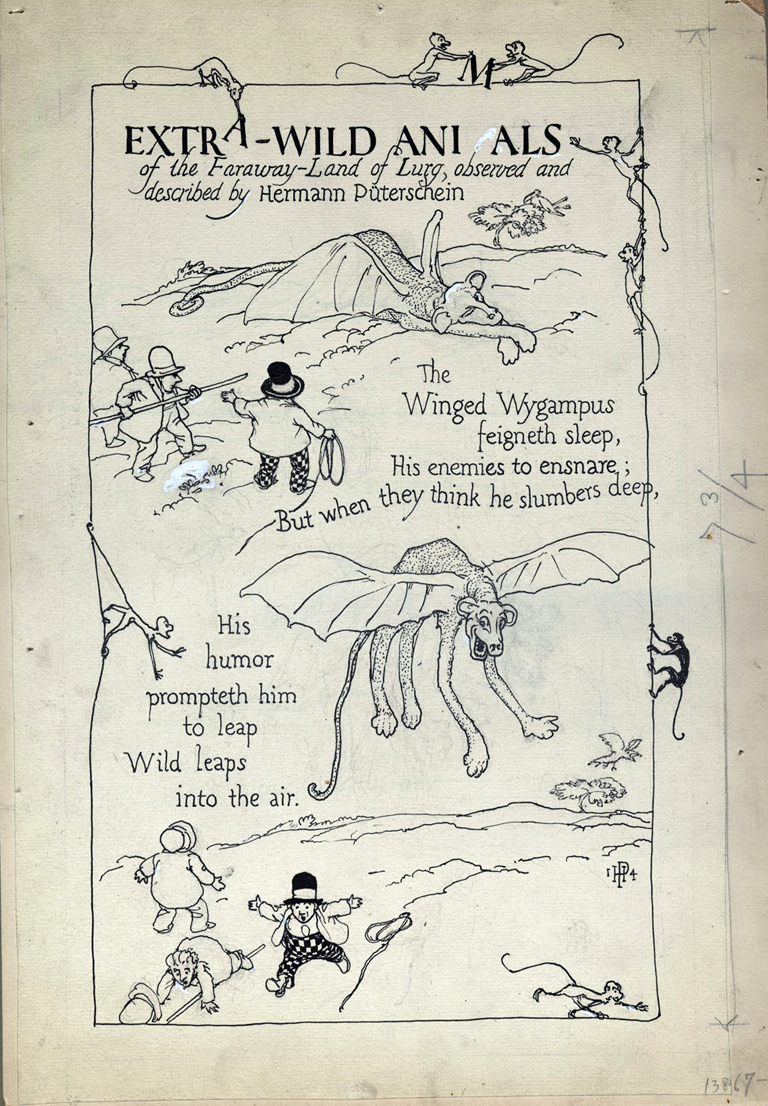