We are pleased to announce the winners of two scholarships for someone under 30 to attend the Legacy of Letters: Tipo Cibo Vino 2020 gastronomic tour and letterpress workshop this summer in Italy. Egor Golovyrin (age 24) from Omsk, Russia is the consensus winner of the Mark Simonson Scholarship and Erica Carras (age 28) from the United States is the winner of the Occupant Fonts half-scholarship.

Egor Golovyrin
“My love of type, letters and printing began at the age of 12 with calligraphy. Since then I have been trying to develop my practical skills and to use opportunities for it,” Egor says. His calligraphic skill is what we responded to in selecting him from a strong applicant pool that included twenty other entrants. The lettering work he submitted displays both originality and a sense of creativity. His work is not based on historical models, but is a response to the various tools and media he is using from pointed pens and brushes to knives. Furthermore, Egor shows an awareness of the importance of space in lettering, creating compositions that are more than the sum of their parts. 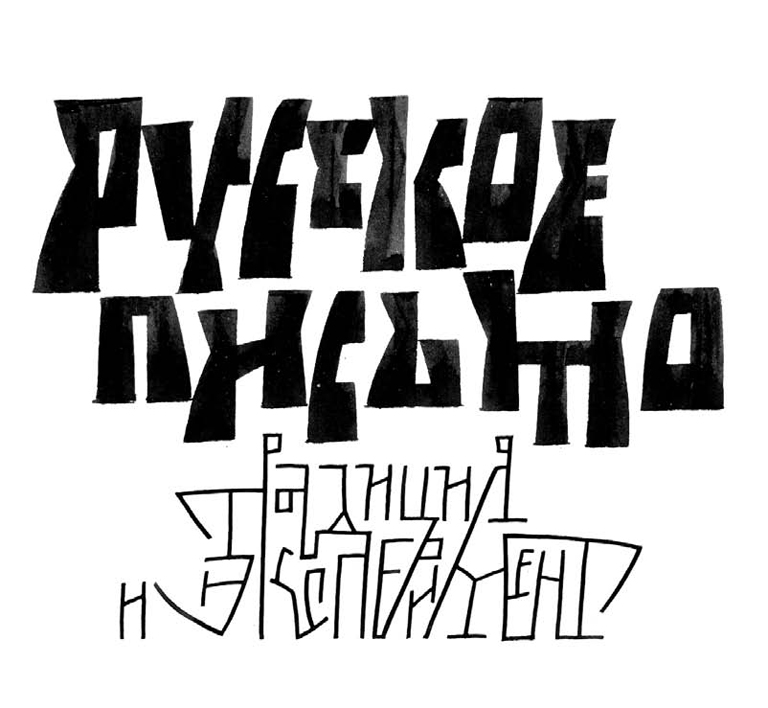 Logo by Egor Golovyrin for an exhibition of Cyrillic calligraphy. 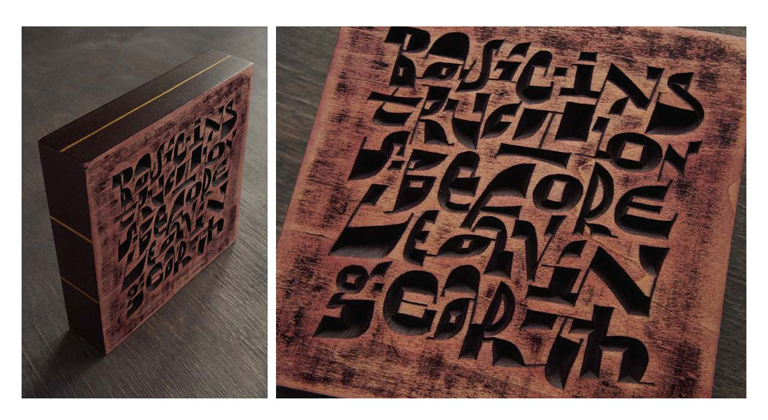 A quotation carved in a block of wood by Egor Golovyrin with a knife and then painted.

Egor is currently studying design at the Moscow University of Printing Arts where his teachers have included Alexander Tarbeev for type design and Innokentii Keleynikov in book design. He says of his studies, “Here we do, generally, book design projects, typefaces, posters etc. But it’s often a digital work only so I feel a big lack of working in real physical material such as letterpress and bookbinding.” Egor adds, “I’ve never been to Europe so, I think, it would be a wonderful experience and interesting communication.” We are glad that, through the generosity of Mark Simonson, we can help Egor see Italy and the many cultural wonders—beyond those of the world of letters—it holds.

Erica Carras
Erica Carras was born in New York and attended the Rhode Island School of Design. Her interest in type design was sparked by a visit to the Providence Public Library:

On a rainy day five years ago, my professors at RISD brought us to the Updike Collection, the next day I started drawing letters. That summer was spent riding my bike from the sign shop to the library and then back up the giant hill that is Providence. I knew that I wanted to be a type designer and was fascinated by the history and technique behind letter forms.

After graduating from RISD she returned to New York and enrolled in the Type@Cooper program. Since completing her classes she has been hired as a full-time type designer at Monotype. 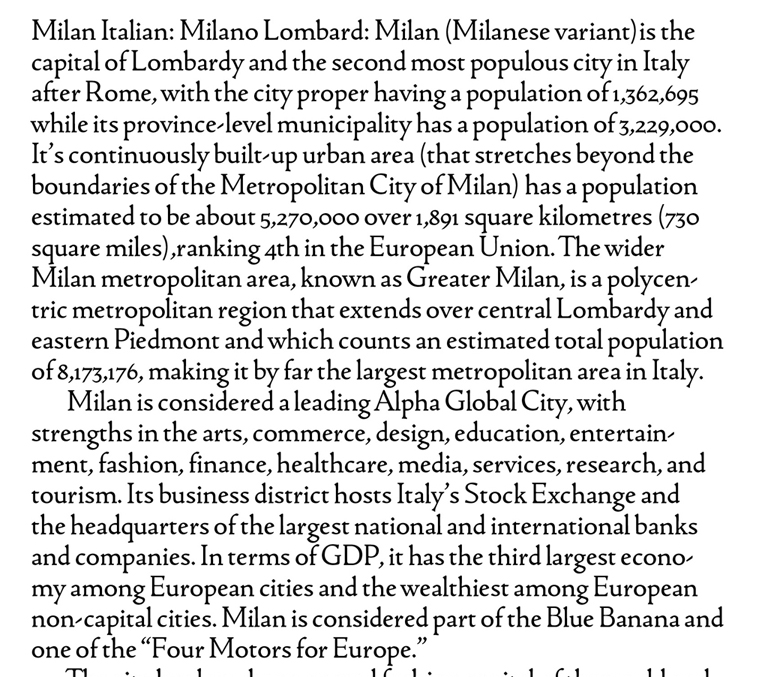 Zarotus typeface by Eric Carras based on the type of Antonius Zarotus, a 15th century Milanese printer whose work she discovered during her visit to the Updike Collection. 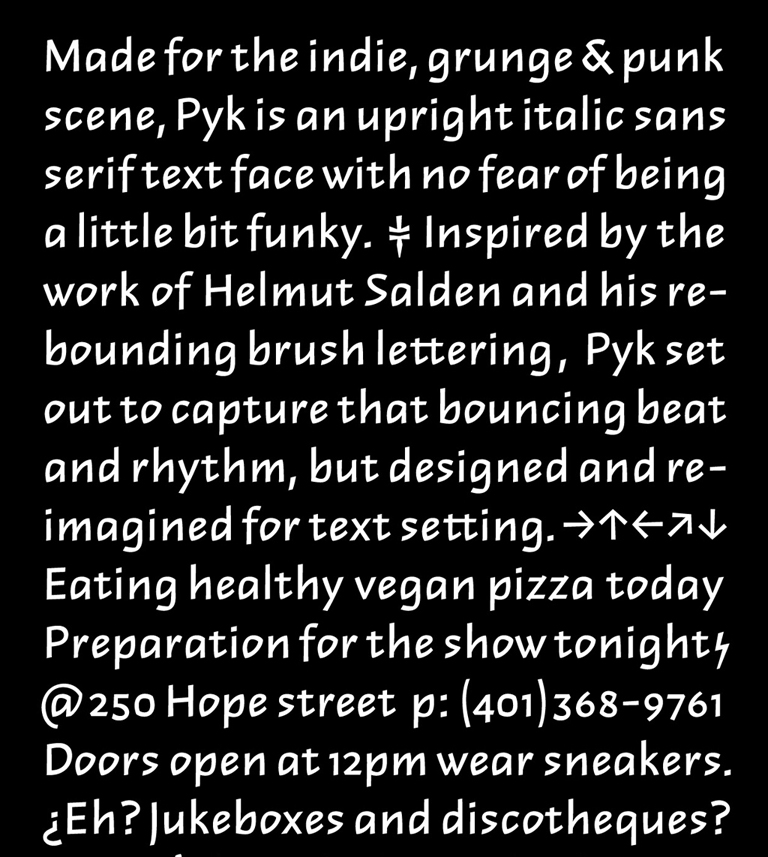 The type designs in Erica’s portfolio were the strongest of all of those submitted by applicants for the scholarships. Yet, she is aware of the shortcomings of her first type design efforts, which is something that we really appreciated in choosing her for the Occupant Fonts half scholarship.

When I was a student at Type@Cooper I thought it would be fun to try and revive a typeface from this era, but my revival missed what it wanted to achieve due to a lack of visual knowledge and design experience. The computer and a printing press are two different beasts. Jenson’s print looks the way it does as a result of human error and ink on paper; my type is composed of exact vector points and pixels. The failure in my revival has lead me to an obsession to learn more about Venetian types and Roman inscriptions.

Letters are a part of culture, engrained in it and shaping it. To understand them deeply you need to go and see them on the monuments, street corners, in book stores and print shops. No matter how good the example of Italian type is, in a New York library, you are seeing one isolated example from its cultural origin.

This summer Erica will be able to indulge her dream of seeing roman letters in the country where they were born, “the lettering equivalent of going to Disneyland,” as she so memorably phrased it. With Legacy of Letters: Tipo Cibo Vino she will see them on monuments and tombs, on churches and storefronts, and in manuscripts and incunabula—in fact, nearly everywhere.

We would like to thank Cyrus Highsmith for providing the Occupant Fonts half scholarship. It has enabled us to include a second young person as a part of Tipo Cibo Vino. Benvenuto Egor and Erica!