The Definitive Dwiggins no. 190 addendum—More on Henry King Hannah

The Definitive Dwiggins no. 190 addendum 2—Even more on Henry King Hannah

A few weeks ago I discovered a new Dwiggins item. It is the masthead of The Hartford Agent, designed in the spring of 1909 for the Hartford Insurance Company at the behest of the Siegfried Advertising Agency. [1] Most likely it was commissioned by Henry King Hannah who was working for the agency in 1909 and handling the Hartford Insurance Company as a client. The first issue of The Hartford Agent was published in June 1909. Dwiggins’ lettering appears both on the cover and on the contents page. The publication was a house organ intended for the company’s agents in the field. [2] Thus, its contents included articles such as “Special Agents I Have Known” and “An Incident in the Every Day Work of an Insurance Agent.”

Dwiggins’ lettering is notable for its polish and elegance. In the title the double-curved leg of R is a surprise since the other letters suggest a Trajanic model (see particularly the E and F). The J in the subtitle is excessively long and spoils the appearance of the line. In contrast, the italic for the company name is extremely well done, especially the Th ligature. It was probably influenced by Caslon 540 Swash Italic from American Type Founders. Thus, this bit of lettering is an early example of Dwiggins’ ability to deftly mix letters from different sources. 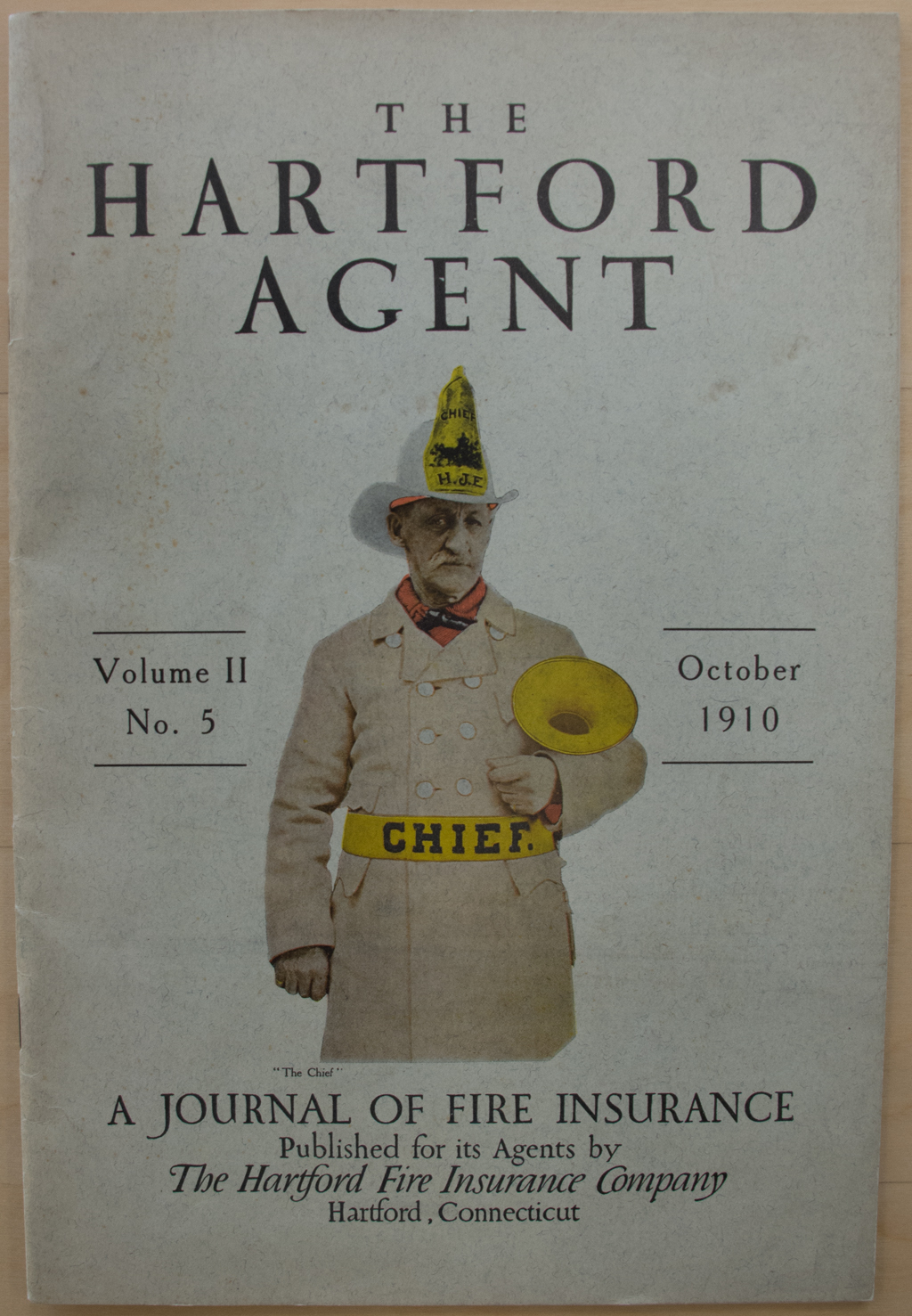 Cover of The Hartford Agent vol. II, no. 5 (October 1910). Lettering by W.A. Dwiggins. Image courtesy of the Connecticut Historical Society.