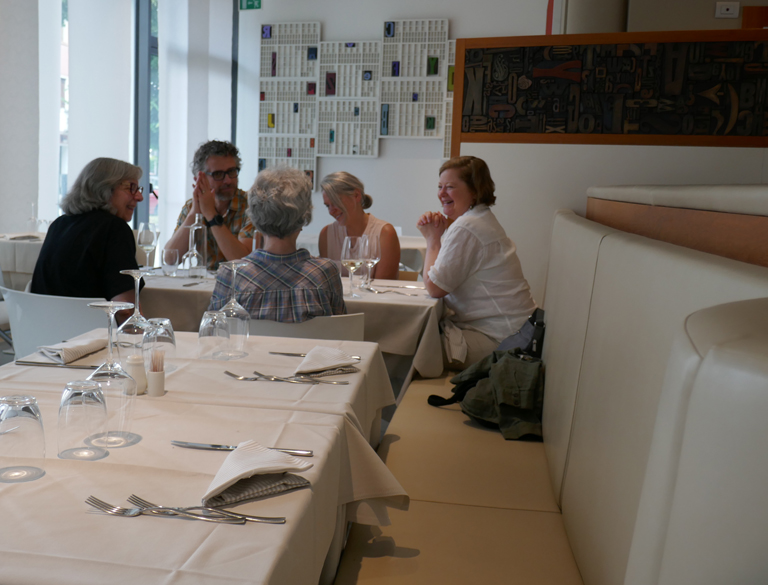 From left to right: Claire, Jason, Lucia, Shaina, and Sara sharing a joke at lunch.

The Italian practice of taking a leisurely lunch in the middle of the day and then making up for lost time by working until 7 pm is one that we at Legacy of Letters have embraced during our letterpress workshops. The lunches, whether a simple panini at the cafè across the canalin Crocetto di Montello, as we did in the early years, or a more sumptuous meal at Le Corderie, as we have done since 2015, have been a welcome respite from the intensity of work. They have also been an opportunity for the participants to talk about things other than the project. No Uber Eats or Dash Door with Tipo Cibo Vino. We believe in slow food and slow print. 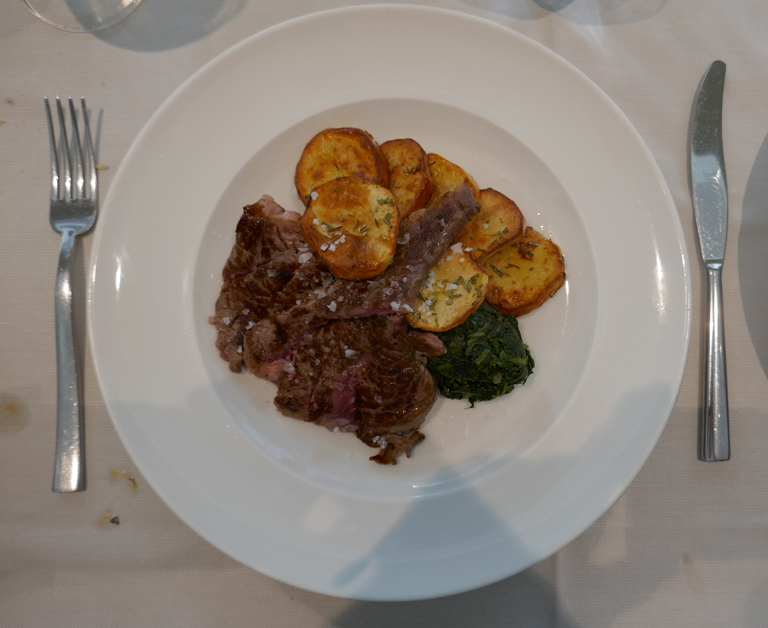 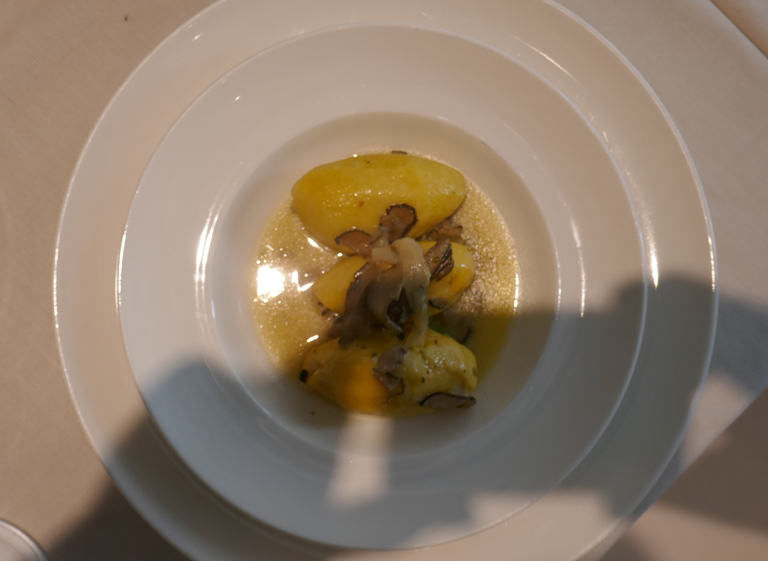 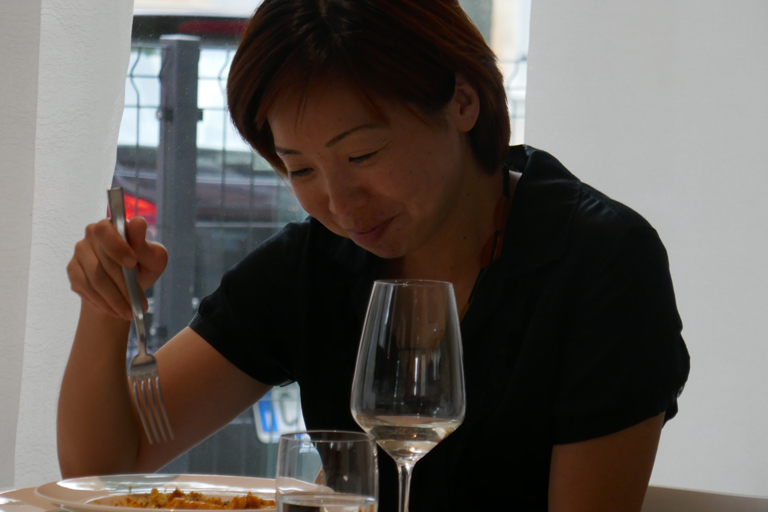 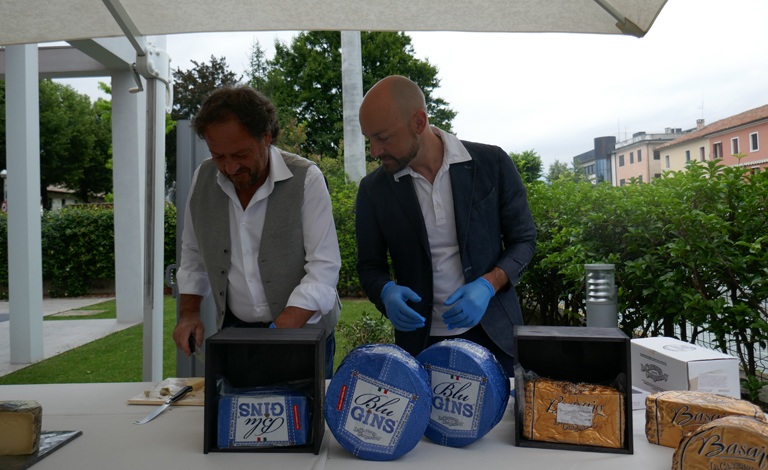 Ernesto and Alessandro Carpenedo preparing the after-work cheese tasting on the patio of Le Corderie.

After work on Thursday, we had a special treat. Alessandro and Ernesto Carpenedo of La Casearia Carpenedo came to Le Corderie to give us a surprise cheese tasting. This was not part of the planned Tipo Cibo Vino itinerary, but something that Sandro Berra arranged after listening to me constantly sing the praises of the company’s Basajo blue cheese which I have been eating in New York for several years. The brothers not only brought the incomparable Basajo, but they also introduced us to Vento d’Estate and Blu Gins. The latter has a corny name and packaging, but it tastes terrific. Who knew gin and blue cheese went well together? 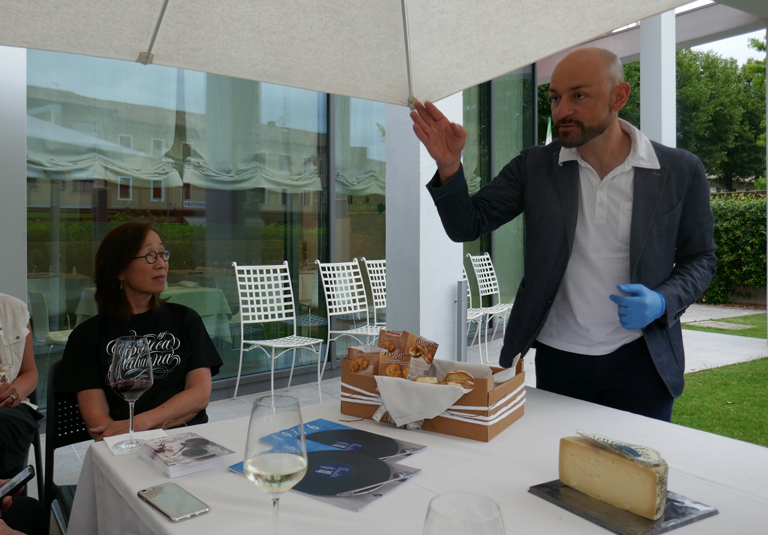 Alessandro telling the story of how his father invented his signature cheese Vento d’Estate (at bottom right). 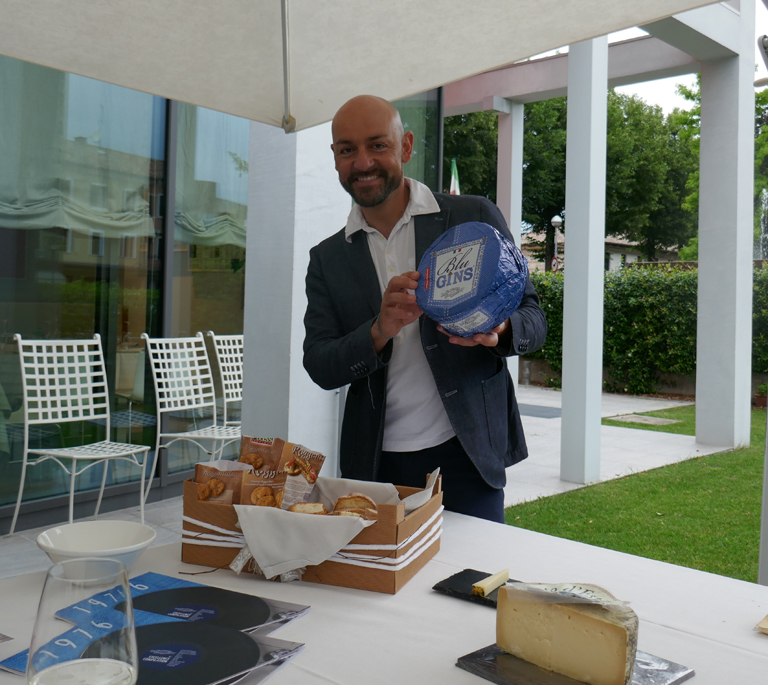 Alessandro showing off Blue Gins, an ubriaco (drunken) cheese that is soaked in alcohol as it ages. 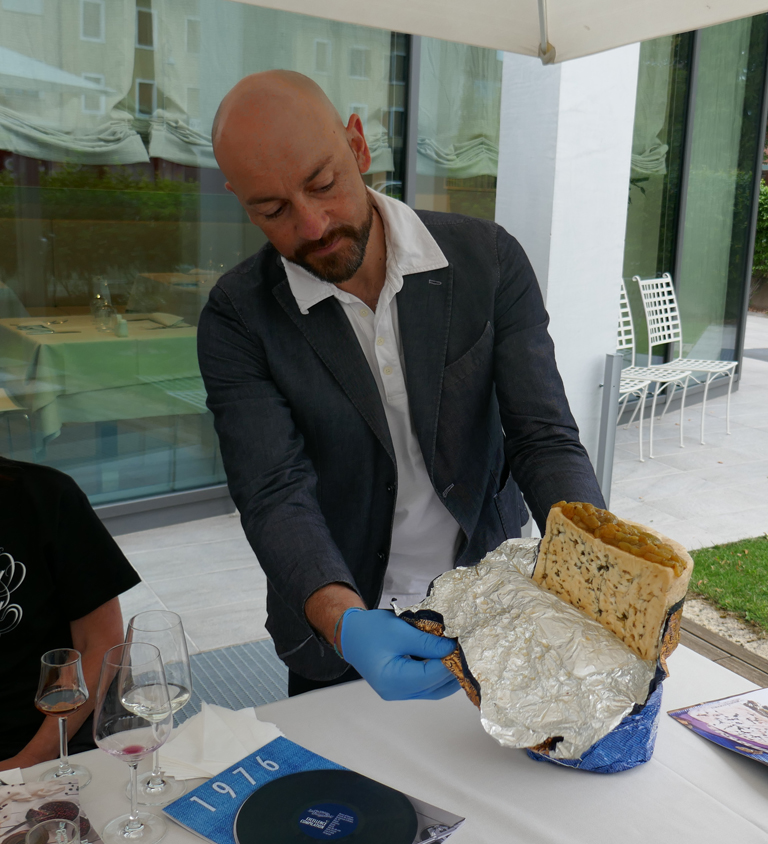 Alessandro proudly unwrapping the Basajo, a creamy blue cheese covered with grape must. 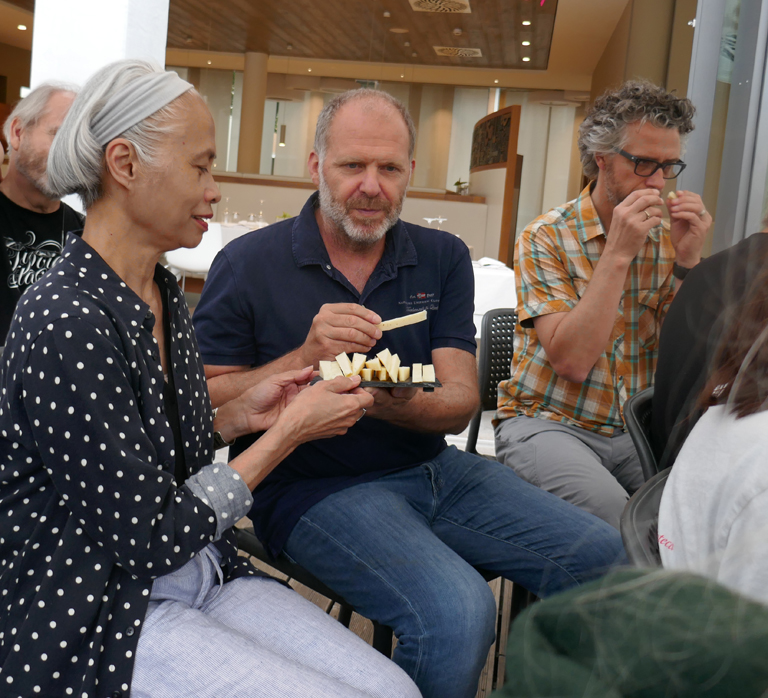 Lucille, Sandro, and Jason tasting the Vento d’Estate cheese. Jason is first smelling it as we were instructed by Emanuela Perenzin when we visited her latteria earlier in the week.